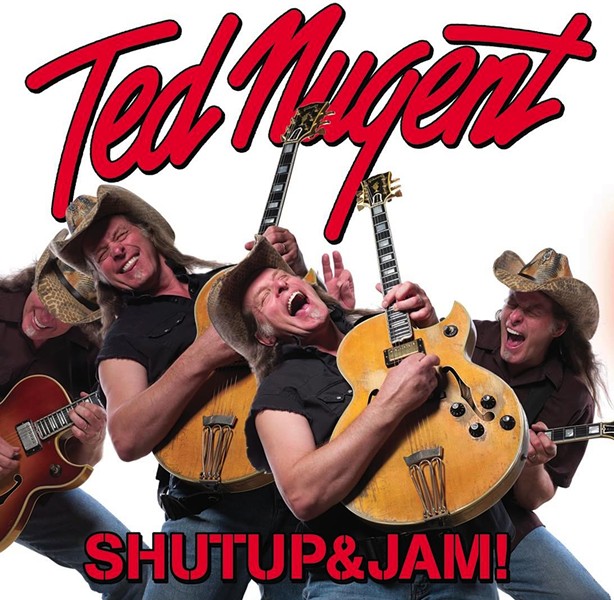 In this circus of a primary season, Donald Trump has proven himself to be the id of the American right, wheeling out impulsive statements without a care for their political half-life. But if Donald Trump had his own human id — a super-id, to bastardize Freud — that man would be Ted Nugent.

For years, Southern rocker Ted Nugent has said whatever he damn well pleased. Hasty and un-hinged, he’s the polar opposite of PC culture; to be his press person sounds like a punishment from the deepest ring of public relations hell. But, like the presumptive Republican candidate, Nugent’s seat-of-the-pants bigotry has only solidified his fan base. In the past decade, The Nuge has starred on reality TV, shock-jock radio, written four books and has contributed a column to the Wavo Tribune-Herald (Nugent lives in nearby McLennan County). It appears that the confirmation bias — seeking out news that affirms your worldview — applies to shit-kicking rock ‘n’ rollers as well.

Pick a minority group in the United States and Ted Nugent has expressed his bad wishes and inaccurate views toward them. Whether by anodyne trash talk or borderline hate speech, The Nuge has said what even The Donald cannot. Earlier this year, Ted Nugent, a man on the board of directors for the NRA, posted a photo of 12 Jewish public figures who support gun control. Diatribes in the picture included “Jew York City mayor Mikey Bloomberg,” “Sen. Chucky Boy Schumer” and “Sen. Frank Lautenberg,” who, purportedly “gave Russian Jew immigrants your tax money.” (The Lautenberg Amendment in 1990 expedited the immigration process for Soviet Jews who could prove their religious persecution in their homeland.) Nugent posted the photo in February, although Lautenberg had passed away in 2013.

Or, there’s his grab bag of racist comments toward African Americans. After Mark Zimmerman was acquitted in the fatal shooting of Trayvon Martin, Nugent insinuated in an op-ed for Rare that Trayvon Martin was a “17-year-old dope smoking, racist gangsta wannabe Trayvon Martin” who was “responsible for his bad decisions and standard modus operendi [sic] of always taking the violent route.” (Given the NRA’s relative silence after the death of Philando Castile — who carried a valid state permit for his handgun—Nugent’s comments are particularly disturbing.)

Again in 2013, in an essay for WND calling for more liberal criticism of the Obama administration, Nugent wrote that if there were a Republican president in office, “Jesse Jackson and Al Not-So-Sharpton would be lisping their ebonic mumbo-jumbo that the policy and the president are racist and bigoted.” This was an interesting year for Nugent, given that he embarked on his “Ted Nugent Black Power Tour.” “I don’t celebrate Black History Month,” wrote Nugent on WND. “I celebrate it every day, as my very black-inspired musical dreams could not have been successful were it not for black Americans … Say it loud: my music is black and I’m proud!”

Or, there’s his parade of misogyny in the press. In Nugent’s words, Hilary Clinton is a “worthless bitch,” “Diane Feinstein is a “worthless whore,” Hilary Clinton is a “toxic cunt” and Sarah Brady and Janet Reno are both “dirty whores.”
Like most legacy musicians, Ted Nugent still makes the bulk of his income from his back catalogue, whether on tour or by stream. With such intense bigotry in the public space, one would imagine that his comments would eventually impact his revenue. But, he can still tour at prestige venues and sell tickets at $30 to $50 a pop, thanks to the smart business move of keeping his politics separate from his rock ‘n’ roll. On his most recent record, 2014’s ShutUp&Jam, Nugent does exactly as the title says, avoiding the fighting words of his op-ed side gigs. Even on the patriotic muzak of “Do-rags and A 45” or “I Love My BBQ,” he sticks to sanitized American-isms like “the only hope for America is that good old rock ‘n’ roll” and “I love my BBQ / It’s what Americans Do.”

Donald Trump and Ted Nugent have mastered the art of the deal in America.
Keep the politics and uncouth language out of the main product — whether it be rock ‘n’ roll or real estate — and you can still make money. When Nugent solipsistically endorsed Trump as “the clos[est] to Ted Nugent as you're going to get in politics,” he was even closer than he thought.