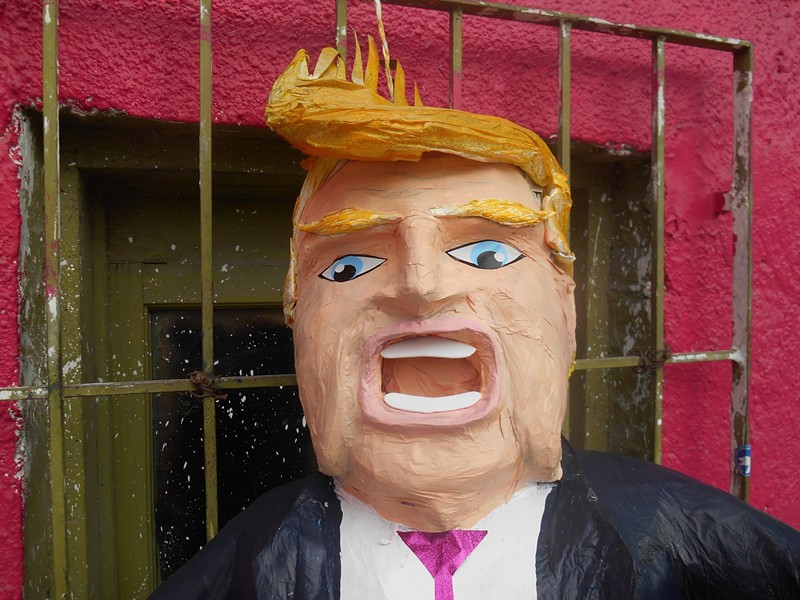 Imagine the catharsis of a whacking a piñata in the likeness of your least favorite presidential candidate. You stretch out, psych up and take a huge, Josh Hamilton rip into the thing, and watch its candied guts spill to the floor. Before Donald Trump’s fundraiser in June, piñatas with his pout on them were flying off the shelves, getting wailed on as a political act and a release of mental health.

Last week, The Krayolas graced us with a soundtrack for this literal Trump bashing, debuting the ranchera tune “Piñata Trump.” Singer Hector Saldana is giddy with anticipation, wondering what waits inside the papier-mâché. Candy? Money? Most likely, it’s “totally empty.” There’s been an abundance of bird metaphors to describe Trump’s hair, but the band takes the connection to the next level, comparing the talk-box populist to “a parrot that assumes its feathers are the best.”

A San Anto staple since 1975, The Krayolas often take a Kinks approach to rock ’n’ roll — that K isn’t just to avoid legal action from the crayon dons. But for this playful, charming satire, they look to the Mexican vaudeville tradition of carpa, where artists like Cantinflas took to their political targets with irreverent jabs. To sweeten the deal, guest star Santiago Jimenez, Jr. tears into the button accordion with South Texas attitude.

One can only hope that there’s a slo-mo music video forthcoming.