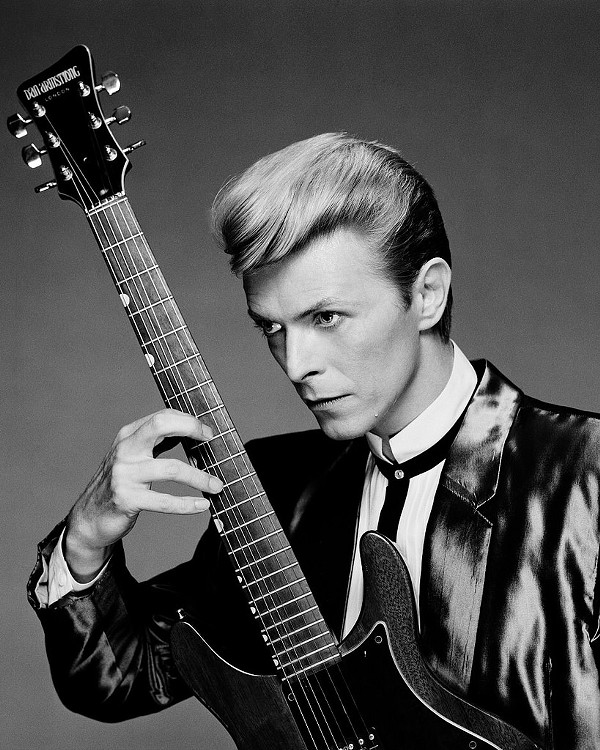 In the late 1970s, Davide Bowie surpassed human levels of achievement in rock ’n’ roll. In Germany, in a studio by the Berlin Wall, Bowie stripped down his glam sound for a minimalist pop feel, as evidenced by his trio of records named after the city: Low, Heroes and Lodger.

In this studio, where Red Guards from the Wall “would look into [their] control room with powerful binoculars” Bowie also cleaned up the record that salvaged the career of Detroit provocateur and Stooge Iggy Pop. Released in March of 1977, The Idiot was a Bowie-produced, partially Bowie-written effort that changed Iggy from a proto-punk heavyweight to a leader in art rock. It’s a must-have album — weird, rockin’, mean, transgressive, and utterly of its time and place.


On his Friday night slot on BBC 6 “Iggy Confidential,” the singer dedicated his two-hour program to Bowie, who passed in January at 69. In all his rambling brilliance, Iggy recalls some of his finer moments with the Star Man. “The way I chose them was from memory,” he said. “I took out a piece of paper and a pen and remembered what I liked at different times.”

Making an effort to avoid the hits, Iggy ran through some of his favorite deep cuts (and “Under Pressure”) from Bowie’s 27-album collection. Describing “Art Decade,” from the Brian Eno-influenced Low, Iggy says, “That music feels to me like Cold War, post-war Europe … It was funky in a very used way.” Or, considering “Black Country Rock” from 1970’s The Man Who Sold The World, Iggy claims that “If someone put that out this year, they could be the saviors of rock ’n’ roll.” I'll take that bet.

Ultimately, it’s the stories that make the two-hour show worth the listen. Iggy recalls an evening when Bowie invited him to his Chelsea apartment to listen to Let’s Dance before its release. (“We all sat on the floor cross-legged and listened to it. I was thrilled it included ‘China Girl.’”) Recording Station to Station in 1975, Iggy remembers LA's Cherokee Studios, a “very typical, good old solid rock ’n’ roll studio owned by some guy who was connected to some guy who always had a mountain of drugs. And there were people with hair too long for their bodies coming and going in weird cars. And strange girlfriends.”

Then there’s the evening when Iggy, Frank Zappa and Bowie eating hamburgers at 1 a.m. in Berlin — the exact lineup of many a rock freak’s who-would-you-invite-to-dinner game. With just enough nostalgia and not an ounce of sap, it’s the ideal way to hear the Bowie story from an icon who helped write it.