5 Rock Goddesses From the 90s

For every mainstream testosterone-fueled rock group in the 1990s, there were girls who rivaled the boys. Nirvana's counterpart was Hole, Sublime was not unlike No Doubt, the Breeders were a spin on the Pixies and the Backstreet Boys competing with girl power concentrate, aka the Spice Girls.

The once male dominated rock 'n' roll scene was challenged by an uprising of women musicians, and the 1990s saw just what a women with a guitar and ideas could do.

Below are five rock goddesses who're still jamming their way into our hearts.

Garbage is a special breed of slick '90s alt-rock and frontwoman Shirley Manson — yes, that's her birth name — is what we needed then and especially now. Manson can sing, talk and belt out angsty lyrics without sounding like a Hot Topic-dwellers diary and, most importantly, Garbage can do whatever they want without being labeled as sell-outs. There's no other edgy band that can perform the James Bond theme song in the height of their success, or have Manson as a playable character in Guitar Hero 5 (the same game where Kurt Cobain was also a playable character who "rocked" out to Bon Jovi) without batting an eyelash. While they're still releasing new albums and consistently touring, their 1995 debut Garbage will always be a landmark accomplishment, not just because it featured a fierce female singer, but as an example of how to craft a damn good rock/pop song.

Check out Garbage when they rock the Majestic Theatre September 11 at 7pm on their Strange Little Birds Tour. Tickets can be found here and the prices range from $39.50 - $49.50. 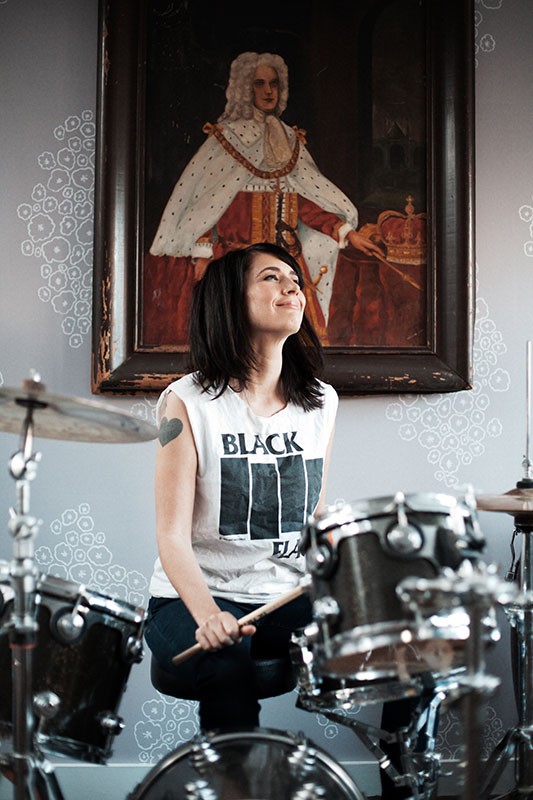 As the textbook example of riot grrrl and third-wave feminism pioneers, Bikini Kill showed the raw power of pissed off punks against misogyny and discrimination. Even with other brilliant and radical feminist bands such as Bratmobile and Sleater-Kinney on the scene, Bikini Kill and their singer Kathleen Hanna took both male chauvinist and the punk scene as a whole by the balls. Bikini Kill is no longer, but Hanna's other successful projects (Le Tigre and Julie Ruin) are enough grrrl power to last even after the developing fourth wave feminism movement. 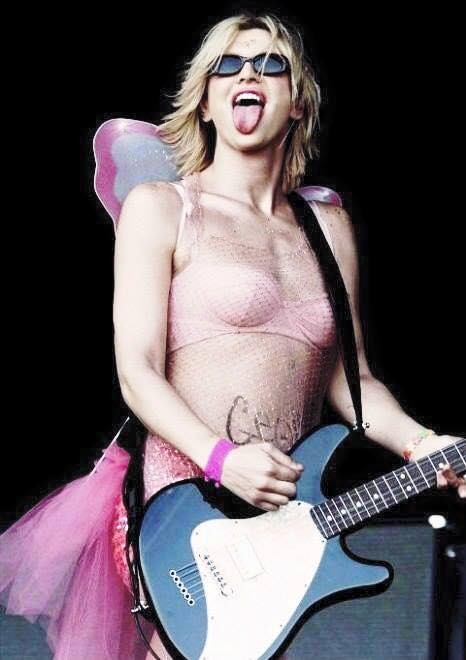 Tabloid fodder Courtney Love was once the center of '90s adoration with her band Hole and as the queen to King Kurt Cobain's grungy throne. Now, she's a murder suspect in in the docudrama Soaked in Bleach. When Love's not the subject of conspiracies, lawsuits and threatening to slap SA Current writers, she's toured with Lana Del Rey and randomly releases new music. There's nothing wrong with drugged-out hot messes as long as no one's killed, right? 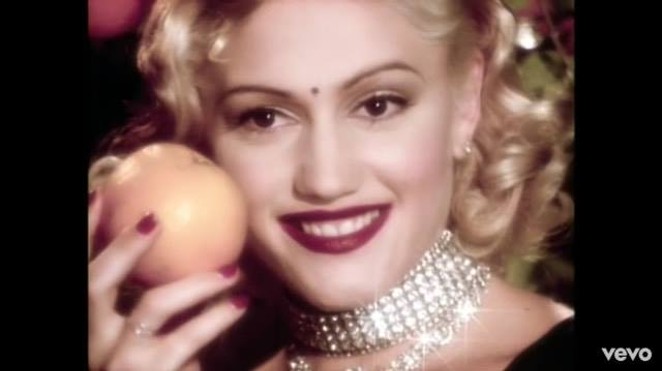 Gwen Stefani of No Doubt

In 2016, the name Gwen Stefani brings up an almost anti-rock image. Who knew that the kitschy blonde singer of No Doubt would evolve into the woman with too much Botox from the Voice. Back in the day, she was headstrong and punker than ska-punk. Their song "Just A Girl" - although less radical than Bikini Kill's message - sparked a suburban girl power revolution. Even with Stefani routinely making the cover of People and US Weekly with her beau Blake Shelton, she'll always be a fresh-faced ska-punk princess to 90s-philes.

Kim Deal of the Breeders and Pixies

It hard for Kim Deal to not be synonymous with Kurt Cobain. After Pixies broke up - rumored that the tension between Deal and Black Francis was the cause - Kim, along with her new bandmates, made Pod, a Steve Albini produced masterpiece that didn't see commercial success. Enter Cobain, known champion for under-appreciated indie groups, to give the Breeders exposure. After their tour with Nirvana, the Breeders found the coveted starving artist's dream with Last Splash, producing summertime hit, "Cannonball." Kim Deal is a low-key kind of rockstar, and rightfully earns the truest song title ever: "Cool as Kim Deal"