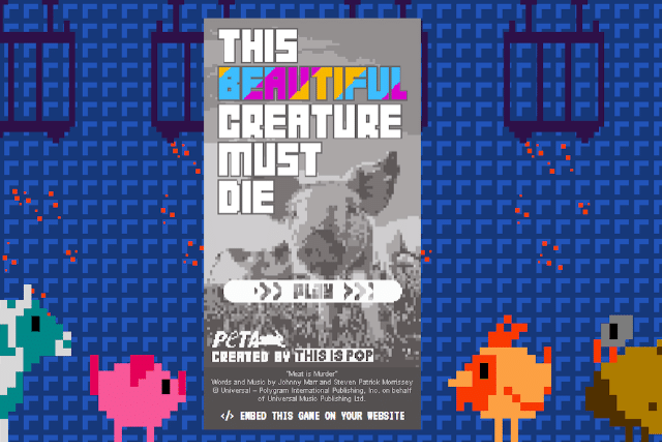 "Meat is Murder," seems like the last, and gloomiest, Smiths' song you could pick to get the video game treatment. Especially if you wanna compete Pokémon Go.

But with help from PETA and indie game developer This Is Pop, lifelong animal rights crusader Morrissey presents one of most depressing arcade-style games since the stark bleakness of Pong.

In This Beautiful Creature Must Die, gamers have to save chickens, cows, pigs, and turkeys from blades and buzzsaws in a virtual slaughterhouse, while an 8-bit “Meat Is Murder” instrumental is played in a continuous loop.

"This game is the biggest social crusade of all, as we safeguard the weak and helpless from violent human aggression," Morrissey said in a press release, "You don’t get that from Pokémon Go.”

Play the game below: