10 Upcoming Texas Shows That Are Totally Worth Your Gas Money

If the eternally lingering summer and coming fall months should leave you feeling a touch of wanderlust, here are some upcoming music festivals and shows that might just provide the ideal impetus to hop in the hooptie and hurry to the highway.

Arranged by date (from early-September to early-December), these shows are all in Texas (save one) and, taken as a whole, should provide something in line with almost everyone’s musical taste and on hand stash of gas money. (Note: yeah, we know we left off Austin City Limits Festival. You’ll be there. We know you will, for the love of Kendrick and Radiohead.)

Drake and Future – September 3 and 4

Real talk: Drake can barely sing and he’s only a little bit better at rapping. However, like almost no one else before or since, Mr. Aubrey Graham has managed to parlay his charisma, style, and impeccable sense of who/what’s hot into one of the most massive pop careers in recent memory. And, what’s more to the point, dude is an outstanding showman, whose arsenal of undeniable hits could amplify the party in any drab arena. Drake, and his like-minded, similarly-styled tour mate Future, already stopped in Austin and Dallas on their Summer Sixteen Tour, but if you didn’t make it out to those shows, or simply must see the Canadian Casanova in the flesh again, we recommend a short jaunt to H-town. Get tickets at houstontoyotacenter.com. 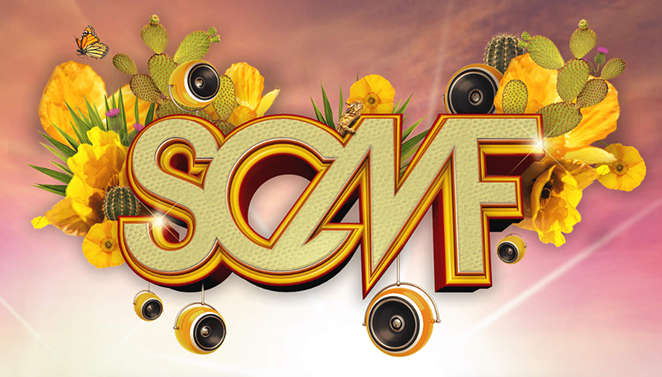 The Sun City Music Festival, held in El Paso’s scenic Ascarate Park, caters to fans of electronic dance music. This year’s line-up, which boasts EDM heavyweights like Skrillex, Kascade, and The Chainsmokers (among plentiful others), is easily one of the best in the festival’s six year history. It may be a bit of a hike, but if EDM music is your thing, this may be the shortest distance you could travel to experience such a gathering of talent and fandom alike. Go to suncitymusicfestival.com to find out more.

The Dixie Chicks are back damn it. Ten years after the formidable country trio said adios with its Grammy-winning album Taking The Long Way, the girls have been playing shows and are rumored to be at work on new material. The Chicks, who famously experienced an incredible (and ridiculous) amount of flak for criticizing then-President George W. Bush, are consummate performers, world-class songwriters, and one of the most dynamic and important country music acts of all time. Also, as if the show itself isn’t motivation enough to journey out of state, this could be an ideal chance to cross New Orleans off your list of badass American cities to visit. Check out dixiechicks.com and find out all the pertinent info.

With a line-up that reads like a veritable who’s-who of recent-ish college radio charts, Oaktopia Festival is nestled in the heart of downtown Denton. The stacked musical bill—which features Best Coast, Beirut, Wavves, White Denim, Rae Sremmurd, Cat Power and many more —will be complemented by “an eclectic bounty of events during the festival that exude the enthralling and vibrant culture of Denton.” So, if you’re looking for a laidback and artsy alternative to some of the massive festivals headed our way this fall, Oaktopia Festival is probably your bag. Head to oaktopia.com for more.

While us San Antonians might bristle a bit any time some other city appropriates the word fiesta for its own, Marble Falls’ FiestaJAM gets a pass because it’s got Texas treasure and country music royal Joe Ely on its side. As much a wine festival as it is a music festival, FiestaJAM goes down on the picturesque banks of Lake Marble Falls and will feature a variety of family friendly events, all culminating with Ely’s performance on Saturday September 24. Oh yeah, there will be a battle of the bands competition as well, which should provide ample opportunity to check out young talent or, alternately, to get legendarily wine drunk. Dig fiestajam.org for more. 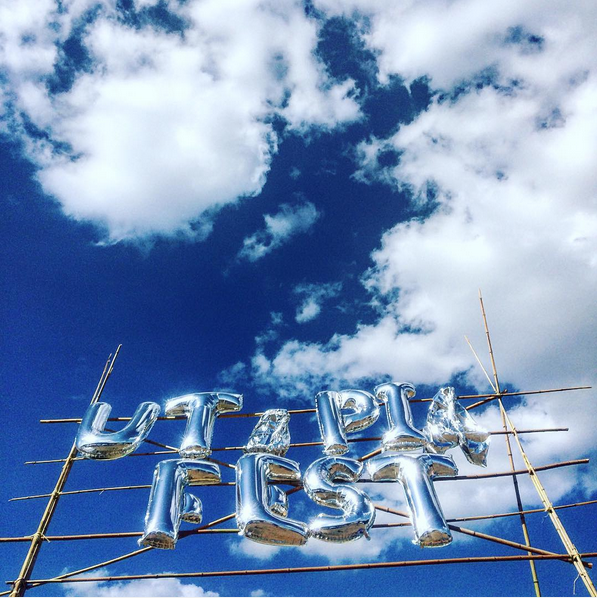 It’s really no surprise that utopia is in Texas. But, it’s hard to believe it’s so darn close. For the eighth year in a row, Utopia Fest will fill a gorgeous space between Garner State Park and Lost Maples with music and music-loving campers. This year’s festival features Ratatat, Thao & the Get Down Stay Down, White Denim, Man or Astroman, and others. One special draw for this event is the ease of securing camping spots and the ideal nature of the locale for camping. In late September-early October, it may still be hot and bug-ridden out there, but it will also be a prime opportunity to enjoy a beautiful slice of Texas Hill Country. Visit utopiafest.com for tickets and more information.

This one is actually two separate events that just happen to be occurring on consecutive nights at one of Dallas’ best venues. First off, on Friday October 7, indie folk luminary Conor Oberst (Bright Eyes, Desaparecidos) brings his new, stripped-down material to the Granada. With his tenth solo album Ruminations dropping in mid-October, expect to hear some new stuff alongside older Oberst and (probably) Bright Eyes favorites. After a night’s stay, you can dig Bradford Cox’s seminal indie rock band on Saturday October 8 at the same venue. Always excellent on record, Deerhunter’s frontman, nevertheless, has earned a rep as something of a cantankerous performer. But a chance to see Cox live, in any incarnation or state of mind, is a chance to see one of our finest and least compromising musical minds at work. See granadatheater.com for tickets.

Essentially the new reboot of Fun Fun Fun Fest, Sound on Sound continues in the stellar vein of that festival’s reputation. This really is a music lover’s music festival, as snobby as that probably sounds. Presented amid the medieval vibes of Sherwood Forest (no lie), the inaugural Sound on Sound boasts an eclectic selection of largely hip-hop, electronic, and indie rock, eschewing some of the metal and comedy acts that Fun Fun Fun often featured. The headliners alone are convincing as hell: Beach House (drowzy dream-pop masters), Explosions in the Sky (ATX post-rockers extraordinaire), Run the Jewels (one of the most important and provocative hip-hop acts of our day), Courtney Barnett (the lyrical and fiery grunge-pop wizkid from down under), and that’s not even all. See soundonsoundfest.com for full line-up and tickets.

This one’s a bit of an outlier on this list, with no big names. Held in the ideal and historic Fischer Hall and environs, Fischer Fest nevertheless boasts a few names that fans of roots, Americana, and country music should be familiar with: Marcia Ball (zydeco-rock creole), Ray Bonneville (Texas folk storyteller), and The Black Lillies (progressive Americana). Apart from that, the festival offers a unique chance to get to know a new place and new artists, working in the time-honored tradition of folk-based songcraft. It’s a short drive and seems like it may prove something of a hidden treasure. See fischerfest.org for more details.

Every December now for quite a spell, Texas transplant (we call him our own) and outlaw country troubadour par excellence Jerry Jeff Walker has put on a couple of holiday shows at historic Gruene Hall. Best loved for his bonkers 1970s output—songwriting, recording, touring, boozing y todo—the man has continued to make great music with a kind of nonchalant brilliance that defies description. His repertoire of timeless originals (“Mr. Bojangles,” “Gettin’ By,” etc.) and of songs he’s made his own over the years (“LA Freeway,” “Desperados Waiting for a Train,” etc.) are enough to fill even his notoriously long concerts, but these holiday shows at Gruene Hall are special. Imbued with a sense of the mystical power of song to uplift, Jerry Jeff’s holiday shows, which naturally feature a smattering of heart-warmingly whole-hearted seasonal covers, feel like family reunions for all those who have wandered with him through his remarkable career. And, if you’re just looking to be converted, you’ll find no better time. See gruenehall.com for tickets and further deets.