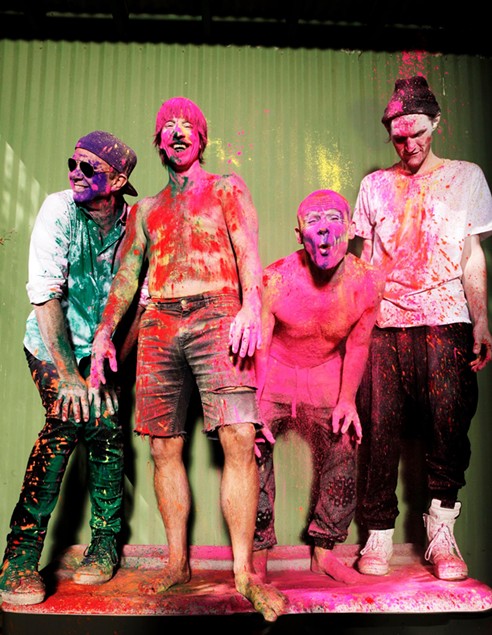 San Antonio is always getting the revival acts of the 1990s (not that we're complaining). Earlier this year, it was Blink-182, sans Tom DeLonge, who got sucked up by spaceship conspiracies. Now we'll get another taste of the post-John Frusciante era Red Hot Chili Peppers when they come to the AT&T Center in January.

The band just announced a San Antonio date as part of its latest tour supporting their eleventh album, The Getaway, which was met with mixed reviews when released earlier this summer. The record features the Peppers' same funk-pop sound, signature bass, and lyrics romanticizing L.A, but also contains some more slowed out jams. This stop will be the Peppers' first in San Antonio since 2012. The group is still running strong with Frusciante’s replacement, Josh Klinghoffer, and continues along with an aged, tattooed Anthony Kiedis and always energetic bassist Flea joining drummer Chad Smith. You can see what they’ve been up to since 2012 at the AT&T Center on January 5.