Live Music Round Up: Who to See This Weekend and Where

To borrow a line from their official Facebook bio: “If you're a fan of stripped-down garage rock, loud drums, and/or redheads, meet your perfect match in White Mystery.” Comprised of siblings Miss Alex White (guitar, vocals) and Francis Scott Key White (drums), the Chicago-based duo champions a lo-fi, DIY sound informed by the likes of Black Sabbath, Tina Turner and Led Zeppelin and makes a point of dropping albums (or in the case of 2015, a feature film) on the stoner holiday of 4/20. Reportedly named after a flavor of Airheads candy, the “raucous redheads” (as the online culture mag Traverso dubbed them) play a BYOB show at K23 in support of this year’s Outta Control, their sixth studio album. Also on the bill, Waco’s Teenage Sexx, Oakland’s Everyone Is Dirty and SA’s own Whatever? $10, 9pm, K23, 702 Fredericksburg Road, (210) 776-5635, k23gallery.wixsite.com.

Like a cross between a post-2010 era garage rock band, The Zombies (especially Odyssey and Oracle), and your favorite Nuggets compilation bands, Los Angeles outfit Mystic Braves makes fuzzy, dusty, and pleasantly chunky psych-rock with California vibes for days. Mystic Braves has accomplished a great deal, in terms of music and live gigging, in its five years of existence. The road-warrior five-piece has perfected its far out, low-key freak-out of a set through tireless touring (including a stop at Limelight just a few months back), but that hasn’t kept them from dropping three increasingly gnarly and surprisingly enduring albums that sometimes call to mind a sand-surfing trance in the key of Creedence Clearwater Revival (only subtler, more dreamy, and less soulful). Mystic Braves hits Limelight in support of its best release to date, Days of Yesteryear, which came out last November. Mystic Braves feat The Dream Ride, Lake of Fire $6-$10, Fri, Sept 30, 9pm, Limelight, 2718 N St Mary's St, ticketfly.com

Post-hardcore darlings Senses Fail are among a class of early-aughts screamo bands that helped popularize the genre, leading the Warped Tour’s harder, darker Taste of Chaos spinoff in its early years alongside bands like The Used, My Chemical Romance, Saosin and Atreyu. These sensitive lit-bros (who cribbed their debut album title, Let it Enfold You, from a Bukowski poem) bounce between catchy, melodic refrains and chugging breakdowns, creating a sound that's at once poppy and hard-edged. Be sure to catch them at Paper Tiger – especially if you’re the kind of person who screams along to Taking Back Sunday songs every month at Brass Monkey’s Jimmy Eat Wednesday emo nights. With SlowLikeFire and Lost Project. $15-18, 7pm, Paper Tiger, 2410 N St. Mary's, papertigersa.com.

Henry + The Invisibles (the one-man band led by Henry Roland) will present its latest album, MUSAIC, October 1 at Rebar (8134 Broadway). “Get there early because it's going to get packed," Henry told the Current, and I believe him: For six years until last August, Henry had a residency Friday nights at Rebar (and before that, three years Tuesday nights with Starchild) and the place was packed. Even after moving back to Austin in 2011, Henry drove from Austin in order to go on with the show in SA, making this local CD release party a special one. "Rebar has always been a sort of 'laboratory' to me," said Henry. "It's where I really believe H+TI was fine-tuned. I'm playing national festivals and theaters around the state now, but wanted to return to my old stomp." MUSAIC is his first album since 2010’s Onemanphunkband, but he’s been releasing a single just about every year since. Keep up with his music at henryinvisible.com. The guy may have lost some hair, but his ability to set the dancefloor on fire is intact. Free, 10pm, Rebar, 8134 Broadway, (210) 320-4091, rebarsatx.com.

If you're not going to ACL this weekend, your other best bet to catch an insane amount of music in one place is right here in San Antonio at the Alamo City Music Hall, which hosts the all-day Remember the Punks Music Fest on Saturday. Headliners include hardcore punk acts like the Casualties along with the Exploited, Sick of It All and sensitive skate punkers MxPx. If you can't make Saturday's fest, catch the punk rock karaoke pre-party at the Korova on Friday night, with a special guest DJ set by Dead Kennedys guitarist East Bay Ray. $55-60, Alamo City Music Hall, 11am, rememberthepunksmusicfest.com. 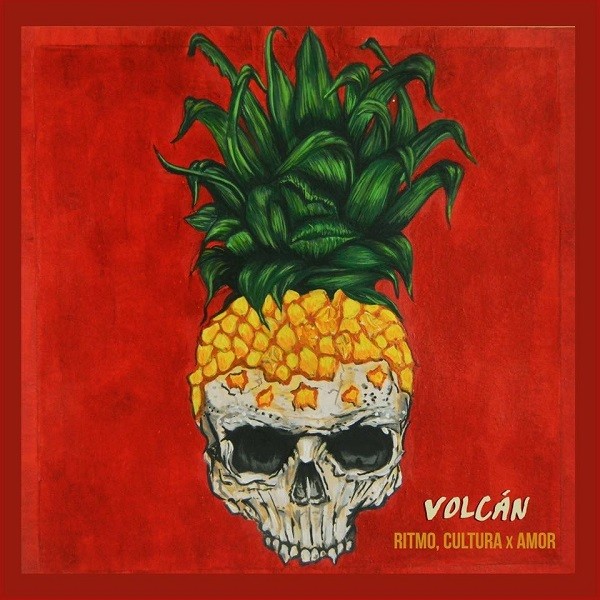 Volcán is, it may be said, exactly the type of outfit that San Anto was destined to birth: in touch with the disparate threads of cultural legacy that make this place so damn special, entirely possessed by the holy ghost of impossible Latin rhythms, and unabashedly experimental in forging a brand new sound, frolicking between the pillars of cumbia, Latin pop, and rock. (Just dig the live video for EP track "Tu Mirar" below.) That the band insists on only recording and playing originals adds even more to its credit. If any complaint about this masterful debut could be made, it would merely lament its brevity. At only four songs, the EP ends just when the trance reaches an apex. But, maybe that's a good thing. Volcán feat El Tallercito de Son SATX, Femina-X
$5, Sat, Oct 1, 10:00pm, Hi-Tones, 621 E Dewey Pl, volcanmusic.com.

Ok, ok. Perhaps "super-group" is a bit much, considering there are only two people in Baby Bangs (super-duo?), and both of them are, no doubt, too young to have endeared themselves to all of our readers yet. Still, this young duo, comprised of singer/songwriter/multi-instrumentalist Elena Lopez and drummer Dane Rousey, has earned the "super" tag. They've both made some excellent music and developed reps as ones to watch in indie-pop outfit Octahedron and experimental-noise act The Freebiez, respectively. Pleasure Venom, meanwhile, plans to make you move with bouncing guitar riffs, thick bass, and Audrey Campbell's unapologetic, sometimes primal vocals. 9pm, $5, Limelight 2718 N St Mary’s