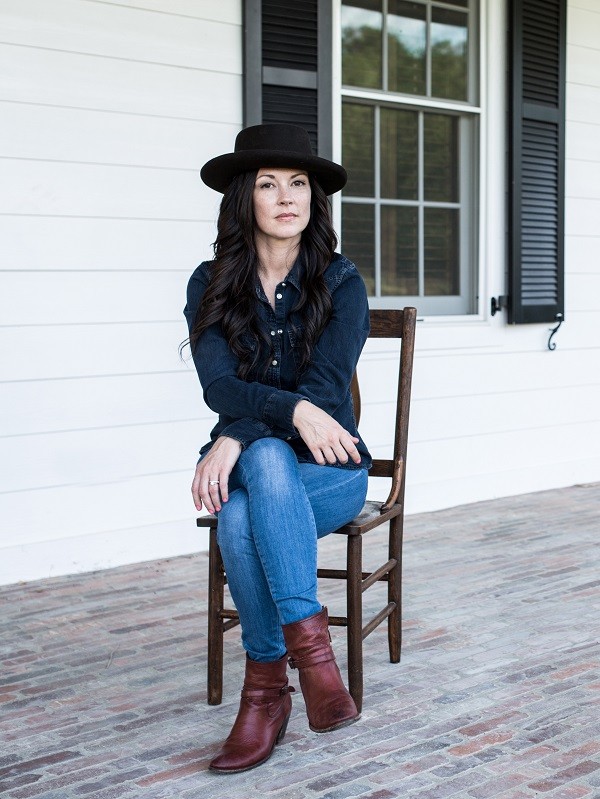 Lubbock-born, Texas gal Amanda Shires doesn't give a damn about country radio or the ludicrous demands that one has to meet in order to please the Country Music Academy and its sheep. Her music is pastoral, emotional (but not in a marketable way), patient as heck, and smacks of a deep-seated empowerment that so few female country stars have even been able to pull off. Loretta Lynn, one of the few obvious influences on Shires music, is, in fact, the only one who comes to mind at the moment. Like the much-lauded Lynn before her, Shires doesn't try to make a blind battering ram out of her empowerment. Her brand of empowerment, true to herself and to the actual contours of life, is full of doubt, sorrow, regret, and longing—but its also full of conviction, courage, grit, compassion, and love.

Shires, who recently released her fourth (and easily her best) solo album My Piece of Land, got her start at age 15 playing in the Texas Playboys (post-Bob Wills, of course) and has since worked (largely as a fiddle player) with acts as diverse as Billy Joe Shaver, John Prine, Devotchka, Chris Isaak, and her husband Jason Isbell. Yet, all of that (which ostensibly serves to demonstrate her musical chops) is water under the bridge. Chops are chops and props are props, but Shires' real gift is in her songcraft: writing and execution.

And, one listen to My Piece of Land ought to be enough to convince you. The songs move slowly, carefully presenting narratives of growth and belonging, and meditations on love and the folly of measuring life's trajectory in standard units. Written largely as Shires was in the final months of her first pregnancy, the album, more than anything, ruminates on divergent conceptions of home.

The opening track, and the strongest for my money, "The Way It Dimmed" is a perfect example of what Shires does so well. In it, she simultaneously reflects on precious moments of personal joy and excruciating moments of nagging doubt. The song, which is musically stark and wistful, but with a pleasant melodic progression, refuses to separate joy and pain naively from one another, and instead reaches for truth (and peace) by acknowledging them as two sides of the same coin. Or, as celebrated Lebanese-American poet and mystic Khalil Gibran wrote in his internationally best-selling book The Prophet, "the selfsame well from which your laughter rises was oftentimes filled with your tears." Shires will play Sam's Burger Joint on Saturday.