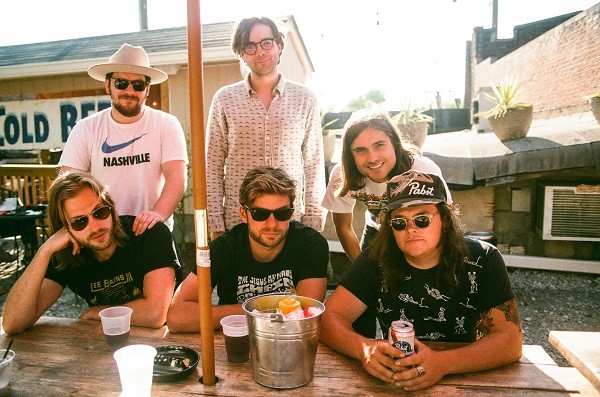 When you think of Nashville music, it's a pretty safe bet that you're not thinking of Music City's booming indie scene, or of the rad releases from Opryville's Infinity Cat Records. But you probably should be.

Since its start in 2002, the indie label has released music from notable Nashvillian acts like JEFF the Brotherhood (who founded the label), PUJOL, and Natural Child, as well as swell outliers like Peach Kelli Pop. In 2011, Billboard Magazine even listed Infinity Cat among its 50 best indie labels in America, and, despite that outlet's lack of qualifications to comment on anything indie, they weren't wrong.

One of the latest and greatest Infinity Cat artists is the unfortunately named Diarrhea Planet. I must admit that I initially misread the band as another Burger bro (no offense) copy cat, forgoing originality for fuck-all fuzz and freewheeling flippancy. But this is simply not the case.

Not only is Diarrhea Planet not a garage rock band (though they do incorporate elements of that now-seemingly-homogenized aesthetic), but the group's music doesn't fit neatly into any one of the rock sub-categories. Perhaps best simply described as rawk music, the band's sound, which has grown more polished and more ambitious through the course of three LPs and three EPs, culminating in summer's delightful release Turn to Gold, owes as much to Springsteen as to Nirvana, as much to 1970s-80s cock-rock as to neo-psych a la Thee Oh Sees, and as much to Nugent as to Nuggets.

On stage, where the road-dog six-piece spends so much of its time these days, Diarrhea Planet is truly in its element, dialing things up with guitar solo bombast and mosh-pit inspiring freneticism aplenty. On Monday November 7, at Paper Tiger, you can experience this rising rock juggernaut for yourself. And, since it's a free show, there will be no excuse for not being able to say your were orbiting Diarrhea Planet before everyone else knew it was the shit.