All bathroom jokes aside, Diarrhea Planet is absolutely the shit. Drawing from Keith Richard's roots rock circa 1972, the group crawled out of the punky woodworks of Nashville's country scene in 2009 with infectious numbers like "Separations." (Randomly enough, that indie flavored track appears and reappears throughout Animals, HBO's adult cartoon about New York City's street-smart pests.) Diarrhea Planet eventually ditched the wholesome buckle of the Bible Belt to hit the highway with festival headliners like JEFF the Brotherhood and Titus Andronicus. Driven by the earsplitting thunder of four guitars, the garage rockers quickly became known for reworking pop melodies into roaring stadium bangers. Shake off the Monday blues by getting a little nasty with Diarrhea Planet. 7pm, Free, Paper Tiger, 2410 N. Saint Mary's St.
Otis The Destroyer
Wednesday, November 9 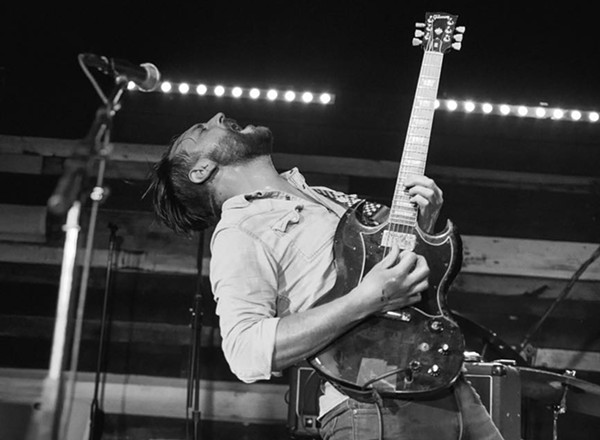 Otis the Destroyer exited the recording studio last March with Belushi, a collection of four tracks titled for the bombastic star of Animal House. As intense and energetic as its comedic namesake, the EP is strikingly different without treading into completely foreign terrain. Gesturing toward Iggy Pop's weirder salad days, forceful tracks like "Cheetah" cut through the air like a silver bullet. Spitting mouthfuls of verbiage at lightning fast speeds – "Baby, imma Cheetah/ But, baby/ I wanna be a man" – Otis' frontman Taylor Wilkins harkens back to the architects of American punk rock with his gnarled growl. Proud adherents of Austin's experimental rock tradition, Otis the Destroyer is the perfect choice for any crowdsurfing dad in search of solid jams. The fuzzy rockers split the bill the noisy lowlifes of Freebiez and Salms at Ventura. 8pm, $5, Ventura SATX, 1011 Ave. B
Carl Sagan's Skate Shoes, Yeesh
Wednesday, November 9

Draped in graphic shirts and kaleidoscopic flannels, the rowdy rockers that comprise Carl Sagan's Skate Shoes epitomize the Sturm und Drang of contemporary noise rock. A storm of grating instrumentation, the Austin-based gang of three takes a note from their astrophysicist namesake by hopping across dimensional barriers. Transcending time and space, the shrewd rockers cast themselves as modern cowboys in the spirit of Butch Cassidy and the Sundance Kid on their eponymous EP. Poised as urban outlaws, they anxiously patrol the broken sidewalks of a cityscape somewhere in the sinister Southwest. “Ain’t got nowhere to run to, ain’t go no home," snarls vocalist Steve Pike. "I’m a wanted man." Carl Sagan's Skate Shoes ascends into the nether with Yeesh, a dark and dissonant punk outfit from Chicago. 9pm, $3, Hi-Tones, 621 E. Dewey Pl.
The King Khan & BBQ Show
Wednesday, November 9

Collaborators since the dawn of the 1990s, Arish Khan and Mark Sultan are the controversial duo responsible for the bizarre antics of the King Khan & BBQ Show. Operating under their respective pseudonyms, the creepy crooners churn out a freeform species of garage rock that drips with soulful ooh's and aah's. Returning to the stage after a brief hiatus – the pair suffered a schism in the fallout of a drug possession charge and a rather stressful stint at an Aussie festival curated by none other than Lou Reed – the band put out its first record in six years, Bad News Boys. Expect a crude flurry of assorted bodily fluids at Paper Tiger with the King Khan & BBQ Show. 7:30pm, $13, Paper Tiger. 2410 N. Saint Mary's St.
Sad Boy Sessions
Thursday, November 10

Let's be honest: the M.T.V. generation's collective emo phase was a fucking trip. If you were born at any point between the 1980s and 2000s, there's a real chance that embarrassing snapshots of studded belts, black wristbands and dramatically swept bangs haunt you. Brimming with the fire of adolescent angst, we mimicked the attitudes and fashion statements of those who best channeled our internal turmoil – i.e. sad boys with guitars. In those dark times, we adored sullen songwriters like Dashboard Confessional's Chris Carrabba. Always wandering across a deserted beach or field in their sepia music videos, sad boys with guitars realized the fantasy of self-indulgence, assuring us that our problems really were at the center of the universe. Glancing back into the past, Ventura hosts a special lineup in honor of the trope. Sad Boy Sessions puts a somber spotlight on Johnnie Sunday, the Sunset Doctrine, Damian Wyldes, Jacob Andrew and the Signature. Hurts so good. $5-10, 8pm, Ventura SATX, 1011 Ave. B
Part Time
Thursday, November 10

A shimmering electropop outfit redolent of their hazy hometown in San Fransisco, Part Time is the perfect soundtrack for a retro 80's flick about skipping prom night for teenage hijinks. Drenched with gentle waves of synth, the group captures a sort of suburban purity in listless tracks such as their latest single, "It's Alright With Me." Reminiscent of dreamy oddballs like Ariel Pink and Kurt Vile, the track feels like a cinematic slow dance that drifts into rolling credits. Loosely orbiting the simple vocals of singer David Loca, the song enchants and entrances through its subdued minimalism. Part Time stirs up trouble with the cool kids of Filthy and Nag Champa at Limelight. 9pm, $5, Limelight, 2718 N. Saint Mary's St.
Snow Tha Product
Thursday, November 10 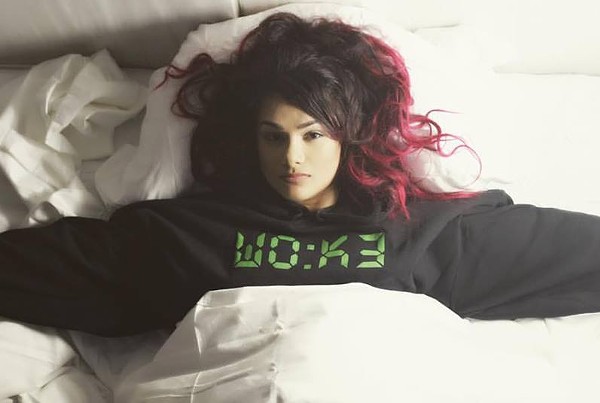 After a short stint as Claudia White, pint-sized rapper Claudia A. Feliciano adopted a new name: Snow Tha Product. Often misunderstood as a coke reference, Feliciano’s alter ego is more Snow White than white powder. The young M.C. rebranded her onstage persona after Disney’s famous character in order to distance her personal life from her music career. But, don’t be mistaken – this spitfire lyricist isn't wasting time pining over love’s first kiss. Based out of the sprawling Dallas-Fort Worth metropolis, the bilingual rapper is shedding her status as an underground artist with a fistful of singles produced by major labels. Shifting between aggressive and lighthearted moods, Snow Tha Product dances across the fine line that separates radio hits from club bangers. As cunning as any of the boys in the game, this poison princess doesn’t need saving. $17, 8:30pm, Alamo City Music Hall, 1305 E. Houston