With its fifth installation and a recent partnership with The Tobin Center, the Maverick Music Festival is back with a line-up that ain't too shabby lookin’, darlin’.

Most notable are hip-hop heavy weights De La Soul, the legendary rap trio from Long Island with their classic jam “Me, Myself and I” and a Grammy award winning collaboration with Gorillaz on “Feel Good Inc.”

Also on the Maverick roster is a band I didn’t expect and barely remembered, Book Of Love, a recently re-united synth-pop band from the late 80s and early 90s that sang lyrics tackling issues like the AIDS epidemic of that era. 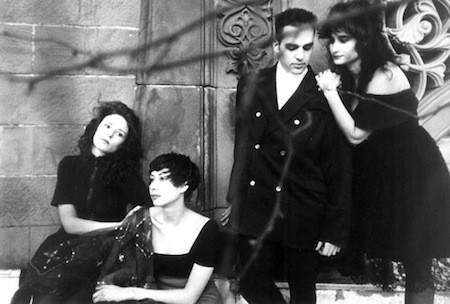 Since its inception in 2013, Maverick Music Festival’s aim has been to “elevate live concerts in the Alamo City to the next level." It's something they've certainly done in recent years with headliners like Run The Jewels, Flaming Lips and Cypress Hill. What’s also pretty dope about Maverick is their inclusion of local talent. San Antonio bands don’t have the opportunity to rub elbows as frequently with national acts as bands in other Texas cities, like Austin and Dallas, so getting the chance to share stages with artists that don’t play shows in San Antonio often is an awesome opportunity for hometown talent.


Tickets go on sale at 10am today, so here’s a peak at the most recent lineup:

The Naked and Famous