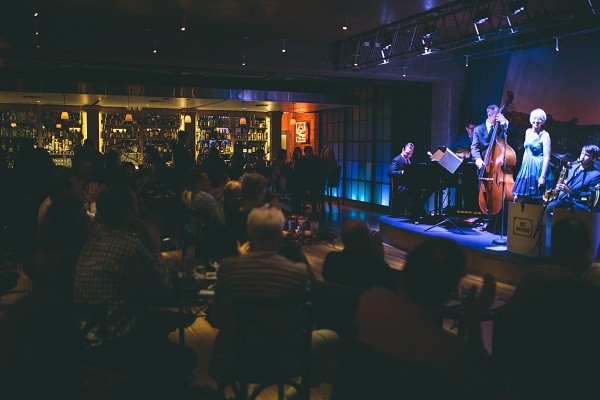 Since opening its doors back in August 2016, Jazz, TX, an upscale (and decidedly Pearl-appropriate) take on the old school saloon/Texas dance hall, has drawn crowds for its splendid signature cocktails, its rustic yet refined menu, and, most of all, its live music. Often enough, said live music is provided by the spot's owner himself, masterful pianist, organist and bandleader Brent "Doc" Watkins and his orchestra (or some other backing configuration).

For fans of jazz, blues, big band, Texas swing, salsa, and Americana, Jazz, TX, has positioned itself as a kind of oasis in a music scene that's, largely, moving in other directions. We aren't the only ones who have taken note of Watkins' prowess, both playing with his own band and bringing in worthy talent.

A few days ago, Jazz, TX announced "Live from Jazz, TX," a new radio series that will run on TPR starting in April.

“I am so thrilled for this partnership with Texas Public Radio,” Watkins said in a prepared statement. “TPR is a huge supporter of the local music and arts scene of San Antonio, we could not have teamed up with a better organization. I hope through this partnership we can showcase the diversity of the music scene in San Antonio and if successful, we can eventually syndicate the show nationally.”

The shows, which will be taped on Wednesdays to air on Saturdays (schedule below), will feature music from Watkins, along with special guests, and will include an interview segment and audience Q&A.