Get In The Pit: 10 Metal Shows To Get You Through Summer 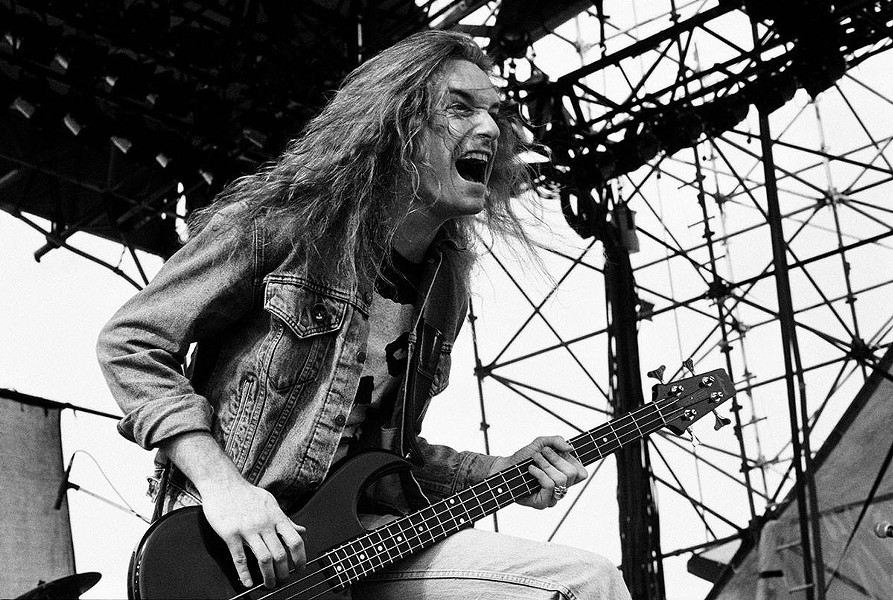 San Antonio has long had the reputation of a town that's seriously into metal. And while we’re seeing way fewer blast beats and distorted guitar thrashing out of the local scene (maybe we burned out on 20-band bills at the old White Rabbit), that doesn't change the fact that somewhere, nestled deep under coats of nostalgia and teen angst, we have a collective, undying love for the genre.

Who knows how exactly that came to be. If you're Eric Wellman, the rock brand manager for Clear Channel (which owns 99.5 Kiss FM), it's because we're overwhelmingly Hispanic — or as he told the website FiveThirtyEight a few years back, "The common conventional wisdom is that Hispanics who listen to English-language rock like a significantly harder brand of English-language rock." So in San Antonio, that apparently translates to a love for metal?

Whatever the case may be, judging by how stoked people here still get for festivals like River City Rock Fest and tour dates for bands like Metallica (who play here in June), San Antonio is down for the cause.

So if you're ready for a rumble in the mosh pit or just looking to judge the younger generation while sipping a local brew in the back row, here are some shows coming to San Antonio in the next few months where you can break out the horns. 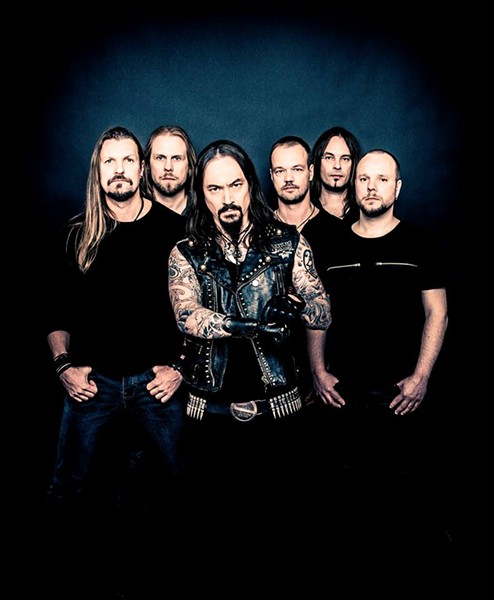 Formed in Finland in 1990, Amorphis started out playing death metal before eventually taking on an identity as a folk metal act whose lyrics often reference "Kalevala", the epic poem of Finland. Heads up, you probably could get away with rocking medieval armor at this show. So go nuts. With Swallow the Sun, 7pm, $11.50-$60, Fitzgerald's Bar & Live Music, 437 McCarty Suite 101.

If there was a band that could combine '70s high-pitched metal wails with 80s dueling guitar solos and make it sound not cheesy, it's Horisont. Seriously. At first listen you might think "nope, not today," but midway through "The Hive," the opening track of their new record About Time, we guarantee you'll be sold on this bluesy metal, prog rock, and fucking awesome Swedish band. With Dirty Streets, 7pm, Limelight, 2718 N. St. Mary's St. 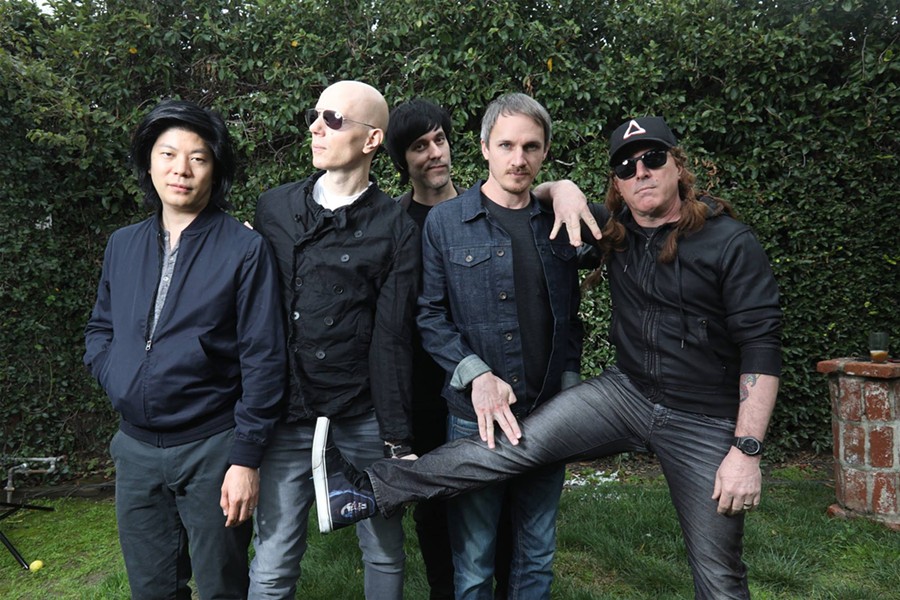 OK, OK... we know A Perfect Circle probably stands out a bit on this list, considering they lean more towards nu-metal and alt-rock than straight up metal. However, there are moments in the band's catalog of music, especially on their breakthrough track "Judith," that certainly swing heavy and hard. With Prayers, from $37.50, Freeman Coliseum, 3201 E. Houston St.

Composed of members from metal acts like In Flames, Ceremonial Oath and Dark Tranquility, Sweden's Hammerfall are just about as epic as epic heavy metal can get. Free of screaming vocals, instead lead singer Joacim Cans wails over technical melodic riffs and intricate drum patterns. Perfect for throwing up horns and whipping your hair. With Delain, 8pm, $31-$76, Alamo City Music Hall, 1305 E. Houston St.

Yeah, so there's this metal core band that dresse like Ned Flanders from The Simpsons and the majority of their lyrics are actually Ned Flanders quotes. This is real life. Also completely real is the band they're playing with, Beatallica, who play mash-ups of Metallica and The Beatles and have album called Abbey Load. With Nahaya, 7pm, $15, Paper Tiger, 2410 N. St. Mary's St.

Returning for its fifth year, Bud Light's River City Rockfest is back with lineup that looks like looks like fun for the whole rock and roll loving family. From Def Leopard to Godsmack, Norma Jean and newcomers, Wage War, this year's River City Rock Fest is sure to give you that dose of distortion you so desperately crave, San Antonio. 12pm, $59.50-$250.00, AT&T Center, 1 AT&T Center Pkwy

Do the thrash metal gods of the '80s need an introduction to San Antonio? We figure y'all already probably know everything about the band that brought us epic albums like ...And Justice For All and Master of Puppets, so we'll spare you. But can we all just agree that they haven't sounded the same since Cliff died? 6pm, $55-$155, Alamodome, 100 Montana St. 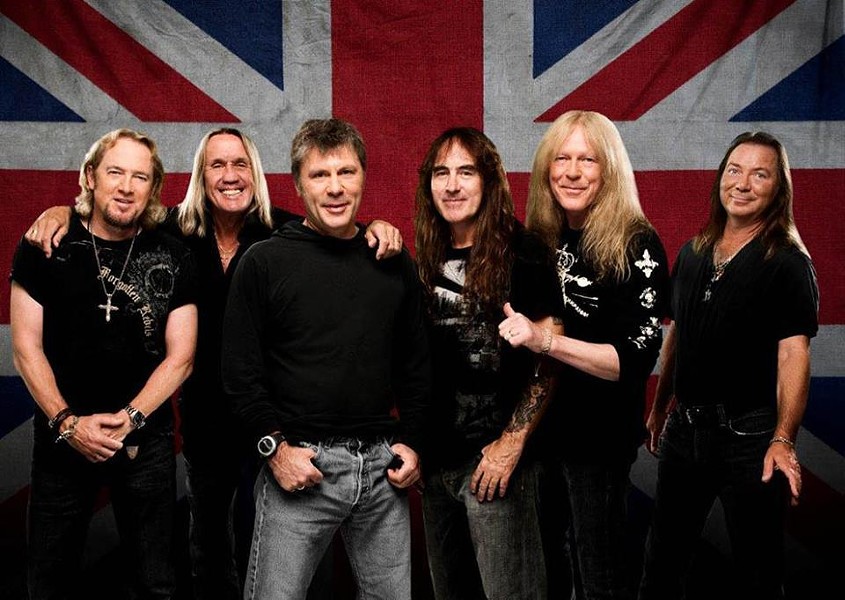 Formed on Christmas Day in 1975 British metal band Iron Maiden have put out a colossal 38 albums since the release of their 1980 eponymous debut record. Equipped with high-pitched wailing and screeching guitar solos, Maiden continued to set the bar with each release throughout the '80s and today have become a revered act in the music community with their contributions to heavy metal. 7:30pm, $39.50-$89.50, AT&T Center, 1 AT&T Center Pkwy. 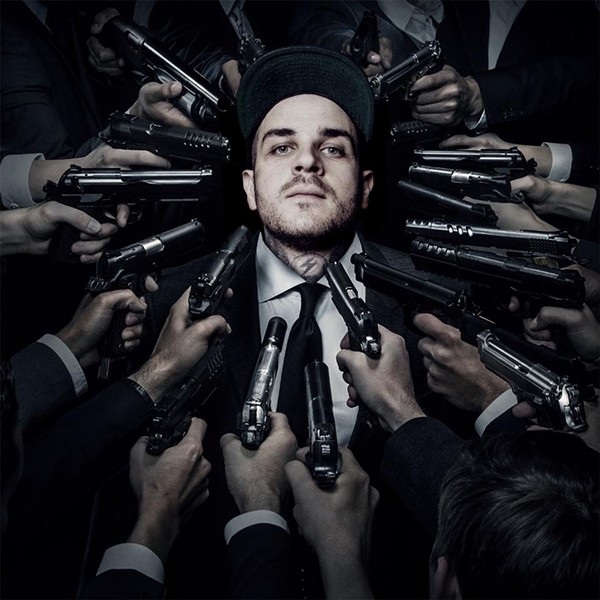 Every summer since 1996, The Vans Warped Tour has been traveling across North America with a caravan of artists from a number of genres including ska, punk, metalcore and hip hop. Most notable on this year's SA lineup are death core faves Emmure and Carnifex, along with one of the bands that paved the way for metalcore in the early 2000s, Hatebreed. 11am, $39.50-$50, AT&T Center, 1 AT&T Center Pkwy.