At first listen, UVTV’s blend of three-cord distorted guitar progressions, washed out poppy vocal hooks and classic fast-paced punk drumming sound reminiscent of old school punk rock daddies The Ramones – but with, like, a female singer (I know, I know, what punk band isn’t influenced by The Ramones?) However, UVTV is a lot more than just straight forward punk rock. They have tracks like “Severed Hand,” which takes listeners on an almost psychedelic nearly 6-minute trip through repetitive guitar riffing and vocals that slip you into a meditative trance. Based out of Florida, UVTV take punk to the edge of the shoe gaze spectrum without sounding like some contrived garage band. Forming in 2014 and releasing a demo that same year, UVTV’s music demands your attention in a way that’s not too forceful. If you’re a fan of Chastity Belt or Black Tambourine, this show’s for you. With Annex, Filthy, The Bolos, 9pm, $3-$5, Limelight, 2718 N. St. Mary’s St. – Chris Conde

These days, so much of what passes for soul music falls short of the spiritual alchemy that hallmarks the best of the genre throughout its long history and many permutations. That is to say: there just ain’t a lot of soul in would-be soul music anymore. Behold the antidote: North Carolina singer-songwriter Nikki Hill. While Hill’s sound is actually a rootsy mashup of rock n’ roll and old school r&b (think Tina Turner), her immense vocal instrument gives her music a haunting and electric soulful quality. Her voice, like the bygone greats in the tradition in which she is most properly fixed, is capable of shaking the listener loose from the humdrum frame of the moment passing and dragging them into the emotions she’s rendering, the stories she’s telling. Check out Hill’s excellent recorded output, in 2013’s Here's Nikki Hill and 2015’s Heavy Hearts Hard Fists, for a taste of her gift. In a world that can seem increasingly arid emotionally, Hill is a presence that beseeches and exemplifies pure passion. $10.00-$40.00, 7:30pm, Sam’s Burger Joint, 330 E Grayson St, (210) 223-2830, samsburgerjoint.com. — James Courtney

It seemed like Carlton Zeus sort of came out of nowhere a few years ago when he dropped the track “Sharpie Solo”.  Since then, the rapper has become a recognized name in the region. From official SXSW showcases to opening for artists like Schoolboy Q and Big Sean, the San Antonio-based rapper has been turning heads with his high quality track production and vigorous flow. It’s not all just good marketing and production, though. Carlos Servando Cavazos AKA Carlton Zeus, is actually a talented wordsmith. His latest album Three Strikes You’re In sounds like it was made for radio, sure, but that doesn’t eclipse the stories he manages to tell. From start to finish Three Strikes You’re In is a solid sophomore album that pairs underground flow with high caliber production. With Aj Hernz, Carne Asada, Colour Red, Peris Young, Celina Jennée, 9pm, $12-$15, 502 Bar, 502 Embassy Oaks. – CC

Deerhunter is one of those bands your tastes could evolve with. In his earlier days, the songs coming from frontman Bradford Cox were much more frenetic, a messy and fuzzy sound with a more aggressive pulse. But Deerhunter eventually stretched that mess out to show a more contemplative and experimental side with records like Cryptograms, balancing out more poppy and melodic indie rock with long droning and reverb-drenched guitar interludes. The band never really left that psychedelic terrain, but rather continued to play with and tweak it. Eventually, Cox & company twisted that sound into straight-up, noisy-as-hell garage rock and never really let the swagger drop. Still, it’s a swagger that’s only mellowed with age. Consider the band’s latest full length, 2015’s Fading Frontier, which Cox has called a “domestic” record and features a laid-back, upbeat warmth that feels new for the group. Consider it the latest version of a band that continues to change, just like the rest of us. With Dallas Acid. $17, 7pm, Paper Tiger 2410 North Saint Mary’s, papertigersa.com — Michael Barajas

Have you ever been so moved by a song playing in the background of your favorite TV show that you had to scour the internet to make sure that it remained in your life forever? Chances are one of those songs might have been a track from singer/songwriter Joe Purdy. Born and raised in Arkansas, Purdy worked at a loading dock and was a high school counselor before moving to California in 2001 to pursue a music career. After breaking into the LA music scene with his 2003 record Stompingrounds, the singer was contacted by film and TV producer extraordinaire J.J. Abrams to produce a track for the Lost series. Since then, Purdy’s music has appeared on Grey’s Anatomy, House M.D. and Suburgatory. On his latest effort Who Will Be Next? Purdy plays through somewhat melancholy folk songs that tiptoe between southern gothic and old school-sounding country in the vein of Merle Haggard. Stripped-down and raw, Purdy proves that the age of the singer songwriter is far from over and that three chords, a voice, and a story can go a long way. 8pm, $27.50, The Tobin Center For The Performing Arts, 100 Auditorium Cir. – CC 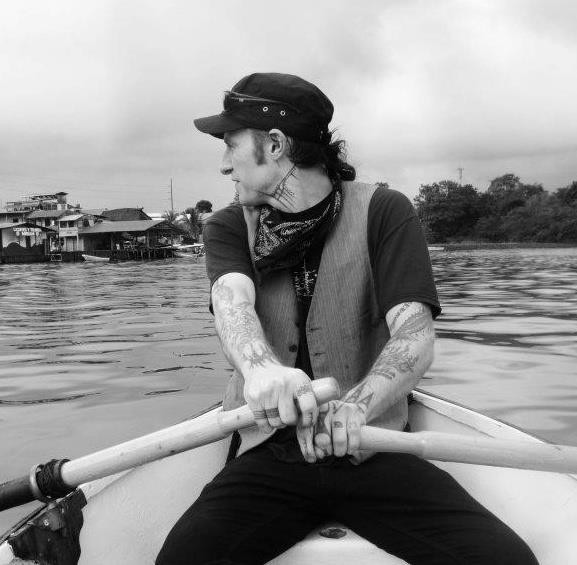 Formed in 1992 in New York City, Choking Victim played a blend of ska and hardcore known as “ska core” or “crack rock steady” and became well known for satanic imagery and radical leftist lyrics that included references to their vagrant lifestyle (i.e. smoking crack, stealing and squatting). The band lived and played at this place called the C-Squat, a building that used to regularly host shows and had a half pipe in the basement.  The band members were a significant part of shaping punk rock culture through the 1990s but broke up after the first day of recording their first full length album, No Gods/ No Managers, in 1999. Choking Victim then splintered off to start other projects including Leftover Crack, which was headed up by frontman Scott Sturgeon.  A few other members from Choking Victim ended up joining Leftover Crack and continued that crack-rock-steady sound. The band – whose lineup now is Skwert, Alec Baillie and Scott Sturgeon – recently announced a reunion in which they will play through No Gods/No Managers, the Crack Rock Steady EP and the Squatta’s Paradise EP. With Starving Wolves, 7pm, $20-$22, The Korova, 107 E. Martin St. – CC 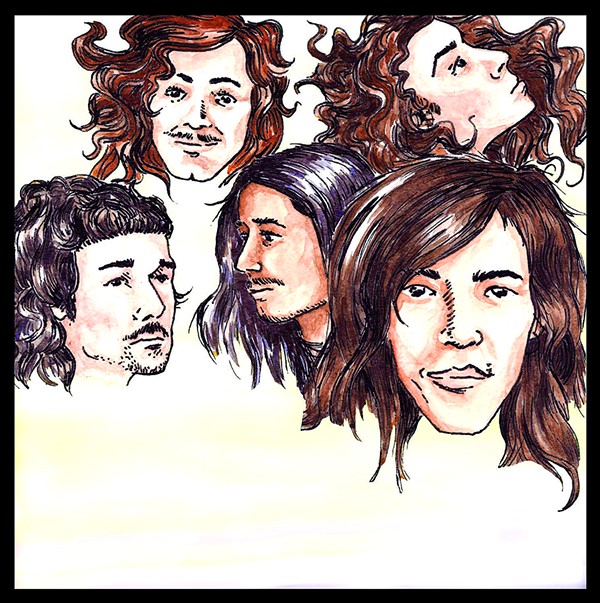 To call Mr. Elevator, formerly Mr. Elevator & The Brain Hotel, just your run of the mill psych rock band would be sort of missing the point. While their music may reflect some of the psychedelic attributes of bands in that genre, the vintage sounding production and poppy rhythms make them sound like they could’ve been on tour with The Beatles during the Yellow Submarine era. Based in L.A. and part of the Burger Records extensive psych/garage/everything family, Mr. Elevator channel Beatles-esque ‘60s pop and blend it with indie rock for a mix that sometimes feels like doing hallucinogenics at a circus. Drums and bass bounce through the tracks as keyboard, guitar, and vocal melodies braid over each other for a magical mystery ride through psychedelia and pop. For a band that is trying to sound like they came out of the 1960s, they’re pretty spot on. With Rotten Mangos, Sunjammer, 8pm, $9, K23 Gallery, 704 Fredericksburg Rd. – CC 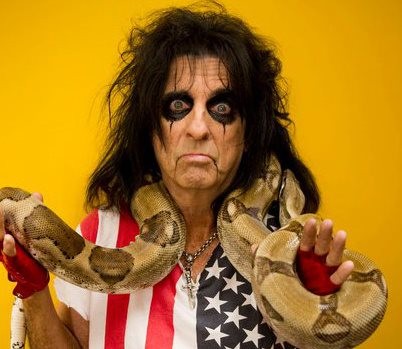 When Alice Cooper (born Vincent Furnier) formed his band in the 60s, he helped create an entirely new genre of music: shock rock. The band’s theatrical use of props and costumes created an on-stage musical horror show. He used fake blood, old electric chairs and live snakes to create a unique and shocking spectacle for fans. And shocking he was. He’d gallivant around guillotines in spiked, leather costumes while singing about venomous, adulterous women. In 1969, Cooper threw a live chicken into a crowd in Toronto to be shred to pieces by the crowd. By the ‘70s, the band had released its record-breaking album Billion Dollar Babies and cemented Cooper’s place in rock history. In 2011, Alice Cooper (the band) was inducted into the Rock and Roll Hall of Fame, inspiring Cooper and former members to revive the act. Cooper has been back at it pushing the boundaries of theatrical shock rock and singing to crowds in the black leather and mascara that started it all. $39.50-$74.50, 7:30pm, Tobin Center for the Performing Arts, 100 Auditorium Circle, (210) 223-8624. — Kimberly Rivera