Linkin Park Is Coming To SA 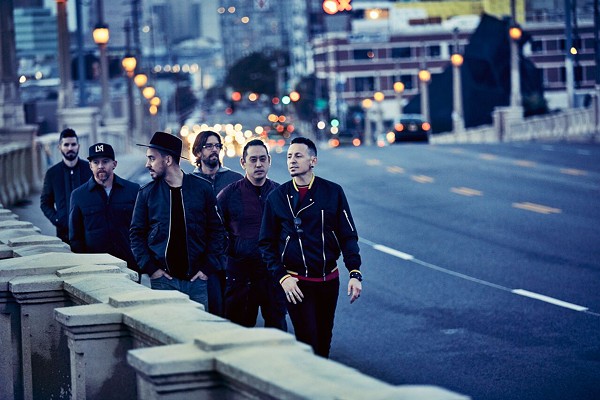 It feels like at least once a week an “active rock” or nu metal band from yesteryear announces that they’re coming through San Antonio. Evidently this town still cannot get enough of the stuff (thanks, KISS FM).

The latest announcement comes from the AT&T Center, which will host Linkin Park, along with Bad Boy recording artist Machine Gun Kelly, on August 23.

We all know the story of Linkin Park, right? Six dudes from California who hit it big in 2000 with their debut album Hybrid Theory, selling over 10 million records and basically helping solidify the blended pop/rock/metal/rap genre's insane popularity throughout the decade (their sophomore record, Meteora, went on to sell 8 million copies).

Since then the band has continued to tour and write music. Linkin Park's new album, One More Light, comes out May 19. Pre-sale for the band's SA show begins May 9.

Fans and LPU members can register for the tour pre-sale right now at presale.linkinpark.com. General admission tickets go on sale May 12. For more information visit livenation.com.