Change Up: Bright Like The Sun Says Goodbye To Founding Member With Final Show 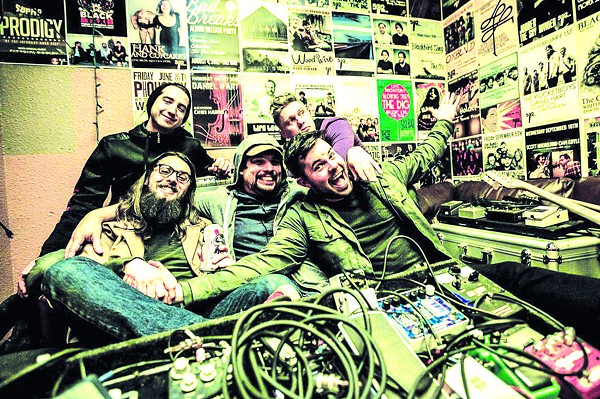 The landscape of the San Antonio music scene, like most cities, continues to grow and change as local artists and bands contribute their own individual piece to the story. While everyone knows this town used to see itself primarily as a hub for both latin music and heavy metal, in recent years, new artists, venues and promoters here have leaned less towards the aggressive end of the spectrum and more towards indie, experimental and instrumental rock.

Towards the end of the 2000s and into the early twenty-teens, bands like Dance Like Robots, Yes Inferno, Bright Like The Sun and Verisimilitude began to infiltrate the North St. Mary’s Strip proving that you don’t exactly need a vocalist to rock a show in SA. But instrumental rock isn’t necessarily that new to Texas. Austin’s Explosions In The Sky largely helped mainstream the genre. San Marcos’ This Will Destroy You has also become well-known as instrumental post-rock giants. Basically: audiences here have been exposed to these types of bands for years and know what to expect.

Guitarist Rob Mochen had been trying to get a project together for about a year before Bright Like The Sun finally assembled in 2012. After a couple of Craigslist ads, the original lineup took shape and the band released The Fourth Of July Demos, followed quickly by their debut album Coda Fin, which was produced by the former drummer for This Will Destroy You, Alex Bhore.  The band began to play shows throughout San Antonio and started to gain attention as a regional band to watch.

It’s hard not to call this music post-rock because, well, what else would you call sparkling crescendos of instrumental and guitar-driven movements that swell and dive – sometimes with 11-minute tracks? Of course, the music goes beyond the realm of droney, atmospheric guitar reverb and echoey, tremolo guitar picking, especially on the band’s self-titled second record, where they started to incorporate some vocal melodies – still more as a texture that blends into the larger sound rather than a leading element of the music.

This week, the band will play their final show with their current lineup as guitarist, synth player, and vocalist Chris Etheridge leaves to the East Coast for law school.  “Chris wrote the majority of the second album and [he’s] a big part of who we are,” Mochen told the Current. He explained that when Etheridge joined the band, he became key to their writing process and helped shape their sound as a band.

Even though Mochen will be the only remaining original member, he says that Bright Like The Sun will continue to write and perform music.