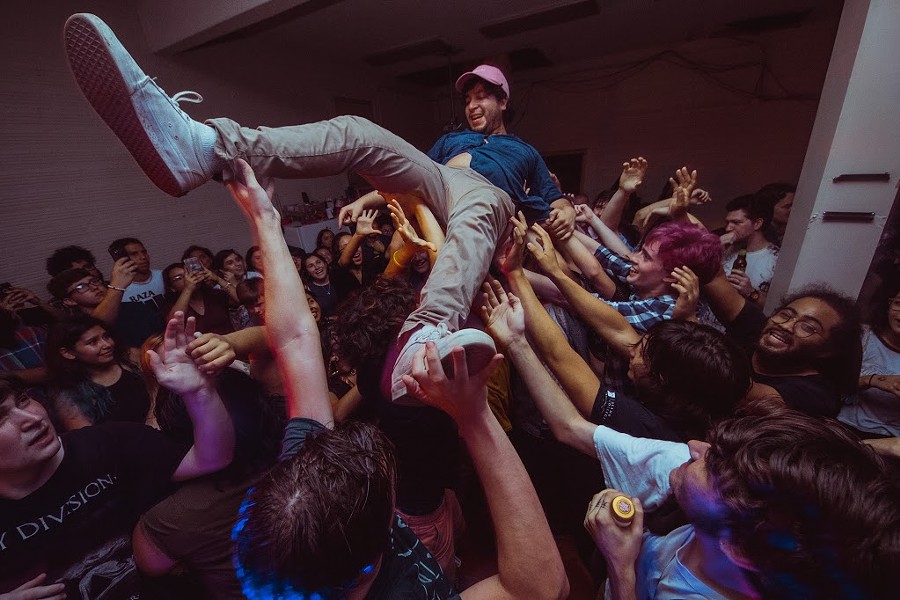 The members of Booty Feet are a jovial bunch – which makes sense for the amount of love they’ve been getting from the local music scene lately. What's remarkable is that the well-loved group only formed 10 months ago. They must be doing something right, considering most of the DIY shows they throw get packed to capacity.

“The DIY scene here is phenomenal” says frontman Noah Escamilla. The guitar and singer explained that although there might not be much money or help for bands to get beyond the basement or garage, through the support of a DIY network, they've been able to gain a healthy following of fans and support in a relatively short amount of time.


The good thing is that it’s not all hype: Songs from Booty Feet display a sort of sophistication you'd expect from a band that have been doing this for years, not months. On their eponymous debut, which was released earlier this year, beautiful jazz chords ring over dynamic drum fills as Escamilla's soulful baritone soars over indie rock that at points starts to tip-toe towards the edge of post-hardcore. Their sound is eclectic to say the least, but they manage to pull listeners through clouds of dreamy pop progressions that match the danceable rhythms — and somehow have it all makes sense.


The guys are currently finishing up split EP with Elena Lopez’s new project Elnuh, which they hope will be out by the time they leave for tour in early July. For a band that's managed to accomplish a lot with just a little bit of time, the future looks bright for Booty Feet.