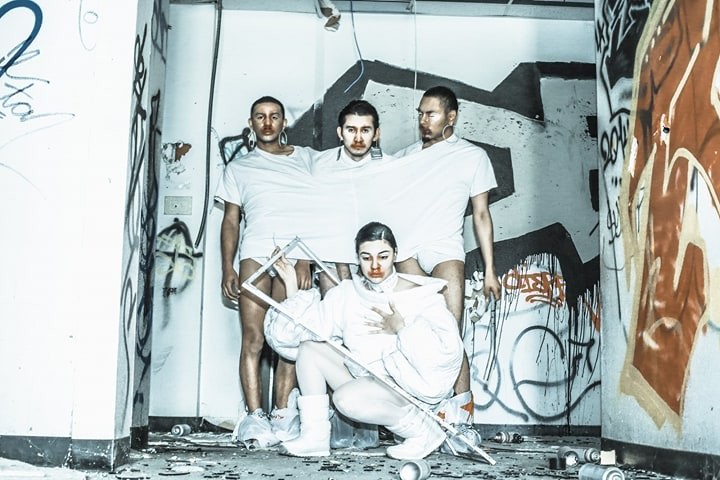 Long before contemporary white pop stars began using 1980s QPOC culture to further their careers, there existed houses and balls where fierce drag queens would vogue against the confines of a patriarchal society.

In the documentary Paris is Burning Jennie Livingston chronicles mid-to-late 1980s ball culture in New York City (and the black, latino, gay and transgender communities involved in it), which, for many was a first-look at the art rising out of those neighborhoods. And even though the AIDS crisis claimed many of the influential queens of that era, the spirit of that community lives on through the next generation harnessing the dance and performance art of vogue, drag and gender-fluid couture.

Enter the House of Kenzo.


If you've at all paid attention to the queer community in San Antonio for the last few years, you've probably heard of Roxy, Gemel, Bobby, and Tone and their punk, performance art dance collective. From backing up artists like rapper Dai Burger to landing official showcases at South By Southwest for two consecutive years, House of Kenzo's enigmatic and highly-charged live performances have made them a unique fixture in the local and regional music scenes. Combining vogue and contemporary dance with live DJing and chanting, the group moves with a controlled intensity. To HOK, each performance is not just a dance party, but also a conceptual piece of artwork.

“The music is the motivation," HOK member Roxy Eguia told the Current. “But being recognized in the performance art arena is so satisfying to all of us because…our shows [are] an installation."

On top of their steady schedule of club performances around Texas, the group will tour the west coast in support of their debut EP Bonfires of Urbanity, which be out this summer on the experimental electronic label Halcyon Veil.

Before heading out west, House of Kenzo will throw their second ball at Paper Tiger on Friday, June 23, featuring DJ sets and performances by Der Kindestod and B. Ames, as well as a competition for best dressed...snack.

If you have the opportunity to experience a House of Kenzo show, it's easy to see that there's a pure, child-like energy to their performances: a combination of raw, creative vibrations that carries the spirit of 1980s QPOC culture in a way that feels familiar yet is unique, unabashed and appropriately bleeding edge.