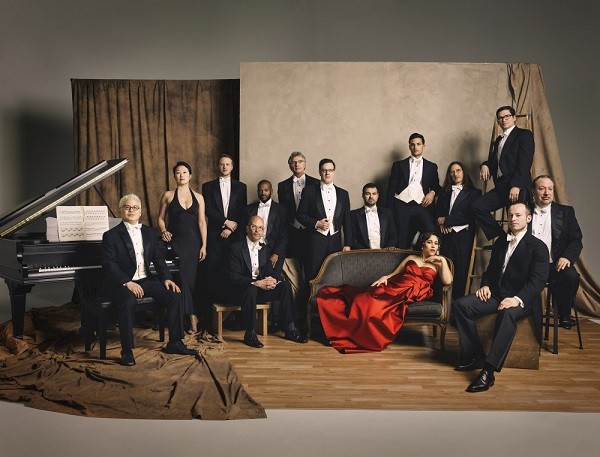 The Majestic announced yesterday that Pink Martini will play a show in January to benefit the San Antonio River Foundation and Las Casas Foundation.

The Portland-based mini-orchestra with the globetrotting fusion sound has apparently found points of identification with the mission of these two local organizations, which "inspire stewardship along the San Antonio River" and develop "the performing arts through education and scholarships and the restoration and preservation of historic theatres" respectively.

Good causes and all aside, it goes without saying, at least for those who are familiar with the group, that Pink Martini is a must-see live act.

Formed in 1994 by Classically-trained musician and Harvard graduate Thomas Lauderdale—a bit of a left turn from the career in policy/government that he had planned—the internationally acclaimed outfit fuses sounds from all over the world with classical, jazz, and old school American pop. While Pink Martini's ten studio albums are excellent for what they are, Pink Martini's live show, as documented on the 2009 live DVD Discover the World, is a whole other beast entirely.

Tickets for this special show go on sale Friday, August 11. Suffice it to say that in purchasing your ticket, you're doing a world of good for yourself and the worthy organizations that this show is designed to benefit.
Pink Martini: Benefit Concert in Support of the San Antonio River Foundation & Las Casas Foundation
$45.00-$150.00, 7pm, Wed, Jan 17, (210) 226-3333, majesticempire.com.