La Arrolladora to Take over the Aztec 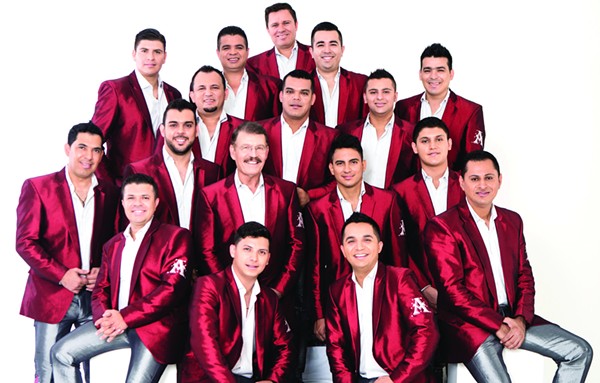 It’s not every day I can say something like “hey, you know, Miller Lite has great taste in music.” However, the beer giant certainly seems to know what it’s doing with the ongoing Conciertos Originales live series, which is now in its fourth year and spans seven cities.

For the latest San Antonio installment, the series will feature massively beloved, Latin Grammy-winning outfit La Arrolladora Banda El Limón (or La Arrolladora for short). In its more than 40-year run of producing the finest in Sinaloa-style Banda music, La Arrolladora, founded and led by Banda pioneer René Camacho, has amassed a well-deserved following. The group, which is usually more than 12 strong, didn’t even bother releasing music commercially until 1997, after more than 35 years playing regionally in various incarnations.

If you aren’t already a fan, now’s as good a time as any to see, hear, and feel the magic that Camacho and company have been brewing up all these years.