Concerts and Events Postponed, Canceled Due to Hurricane Harvey 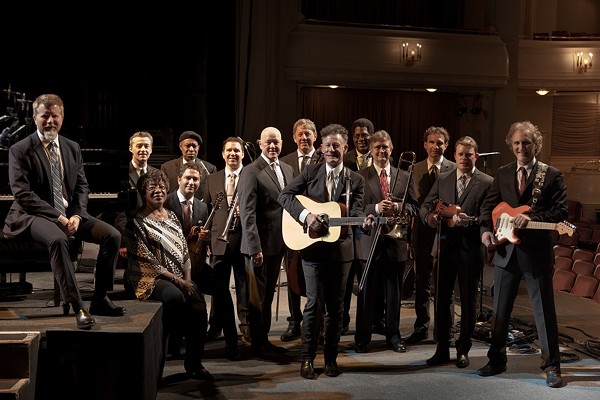 Due to predicted severe weather conditions from Hurricane Harvey, the following shows, concerts and events have been postponed or canceled:

Lyle Lovett and His Large Band, scheduled for Friday, Aug. 25 at the Majestic Theatre has been rescheduled. New date will be announced to ticket holders.

Barbaloots, Eye of the Day and Harvey McLaughlin, St. Dukes at Imagine Books and Records have been cancelled.

Jungle Boogie Nights has been cancelled.

Make them Suffer, scheduled for 6 p.m. Aug. 25 at Alamo City Music Hall has been postponed.

Shields, Over the Horizon scheduled for Fri. Aug. 25 at Zombies has been cancelled.

1964 The Tribute, originally scheduled for Sat. Aug. 26 at the Majestic Theatre has been rescheduled for Sat. Sept. 9 at 8 p.m. Ticket holders are asked to hold on to their tickets and refunds will be provided by request.

Pearl Farmer's Market has been rescheduled for next weekend.

Odyssey Festival by Timewheel, scheduled for Aug. 26 at Paper Tiger, is being postponed. New date TBA.

Sam Riggs, scheduled for Aug. 26 at John T. Floore's is being rescheduled.

Trans Kids Back to School, scheduled for Aug. 26 at the Esperanza Peace & Justice Center has been canceled. Rescheduled date TBA.

USO, Metalriser schedule for Aug. 26 at Bond's Rock Bar has been canceled.

We'll continue to update this list throughout the day.