I’ll have to admit that I definitely stopped being interested in Green Day after 2000’s Warning, however, when anything from that album or any of their previous work showed up on the radio or a Spotify playlist I'd let my inner angsty-teen rock out for 3 minutes.


Green Day was many folks’ introduction to punk rock aesthetics even though the band had increasingly shifted towards a more alt-rock sound by the time 1994’s Dookie was released. But with a consistent political message that permeated their lyrics and a general let’s-not-take-ourselves-or-anything-too-seriously-vibe Green Day became juggernauts throughout the late '90s all the way through the aughts.

Opening the evening at the AT&T Center were British rock band Catfish and The Bottlemen. The band seemed pretty stoked to be on tour with Green Day and throughout their five-song set kept thanking the crowd for being there as well as the band for letting them open. The sound of the Wales four-piece had a distinct alt-'90s rock vibe but would transition into these mini post-rock intervals with echoing guitar reverb and interesting drum breaks.


After Catfish and friends exited the stage, Green Day came out and drove straight into 21 Century Breakdown’s “Know Your Enemy” as applause from the audience roared throughout the arena. Halfway through the song, singer Billie Joe Armstrong invited a teenage girl on stage and encouraged her to stage dive into the crowd – setting the tone for what was an incredibly interactive show like a guy getting invited up to sing the second half of “Long View” (which he nailed – good job random dude). 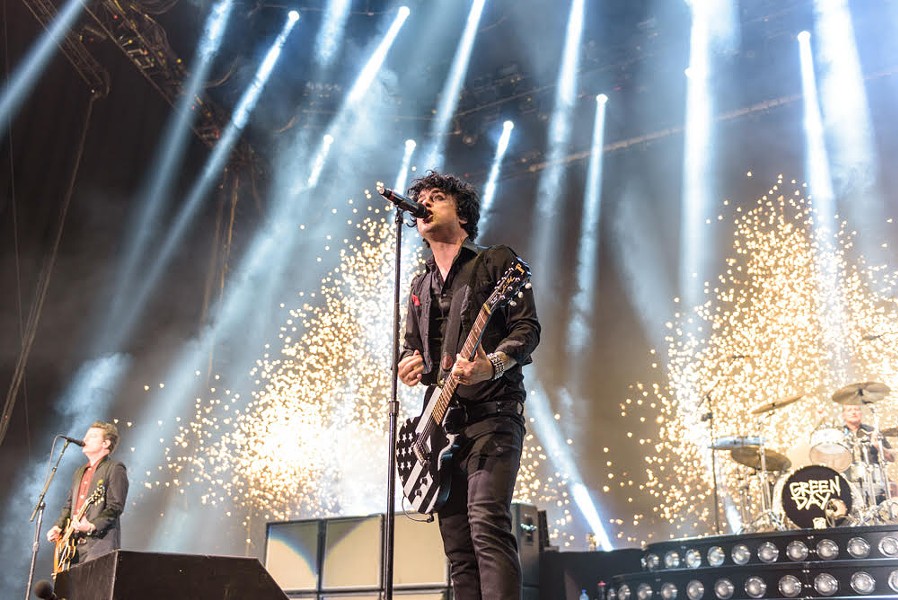 In the span of two and a half hours, the three piece (six piece when they tour), pulled the audience through 26 songs of high-energy rock with Armstrong continuously encouraging the crowd to “freak the fuck out” and “go nuts.”


What was also pretty cool was halfway through “Holiday,” Armstrong says to the crowd “Repeat after me! No racism! No homophobia! And no fucking nazis!” as another eruption of cheers filled the stadium.

For a band that’s been going hard since 1986, Green Day isn't letting up any time soon.