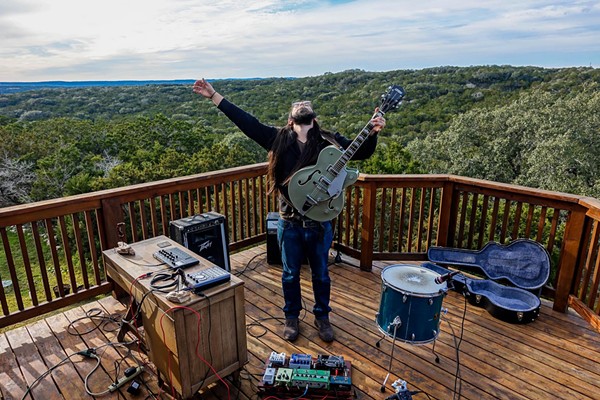 There’s something about a singer-songwriter spiel that — when done — can strike a resonating chord in the human soul. On September 30, Cullum’s Attagirl will welcome a host of artists are slated to showcase their songwriting chops, including Ila Minori, Jared Putnam, Los de Esta Noche, and This is Where Two Oceans Meet.

With her baby-soft voice and dreamy beach-grunge backings, Ila Minori tackles the melancholy themes of life and love. She sings of loss and loneliness, punctuating her powerful lyricism with riffs so clean you’d never realize you’re on the verge of an emotional revelation. If you’re a lost soul hopelessly wandering through the limbo states of life, maybe listening to Minori’s “Sara” will help you find your way again.

Jared Putnam’s upbeat melodies, however, strike quite a different chord. His sanguine vocals pine over lost lovers and muddled thoughts, highlighting the pain of past experiences. However, these longing vocals are skillfully layered over cheery rhythmic guitars with folksy undertones, lending a more uplifting mood to his music. Maybe it’s the layered vocals or the fast-paced rhythms, but this combo is quite reminiscent of sounds heard in the early 2000s alt-rock scene.

On the more chill, ambient side of the spectrum lies the one-man band, This is Where Two Oceans Meet. Using percussive drums and looping guitars to conjure up echoing, otherworldly music, Ted Martinez flawlessly mimics the lilting motions of an unyielding sea. As far as we’re concerned, these are the perfect tunes to mellow out to on a quiet day.

But if you’re looking for something that really kicks it up a few notches, Los de Esta Noche is really at. Their classic cumbia sound is roughed up with filthy-good electric riffs and even grimier trumpet solos. And though it'll only be frontman Julio López, we're certain you won't want to miss his set.

Sure, maybe Cullum’s Attagirl is hosting a wide spread of artists with intensely unique sounds, but isn’t that how we keep things interesting in San Antonio? We keep the flavors unique. In any case, if these artists have anything in common, it’s that you’re gonna enjoy their performances.