ACL Spills Over Into San Antonio for a Second Year with Shows at Aztec Theatre, Paper Tiger

by Chris Conde and James Courtney

For the second year in a row we’re getting a healthy splash of spillover shows from Austin City Limits, which is pretty dope considering the radius clauses that have prevented any ACL artist from playing in SA during the Zilker Park Festival up until last year. Live Nation’s controlling interest in C3 Presents may have attributed to the Aztec (which if you didn’t know is owned and operated by Live Nation) landing a healthy amount of ACL acts last year including Cold War Kids, M83, Die Antwoord, Foals and Schoolboy Q to name a few.


Blayne Tucker, the founder and promoter extraordinaire behind the Maverick Music Festival, told former Current editor Michael Barajas last year that he looks at it as a test-run of sorts. "If it works out for them, if they sell enough to make it worth it, I think it's sign of San Antonio's changing music landscape," Tucker said. "It's a sign San Antonio's becoming a more viable market for ticket sales in general."


With this being the second year we’re seeing spillover happening at the Aztec, and now one show at Paper Tiger (as well as the influx of local music festivals) it’s practically obvious that San Antonio’s live music landscape is developing. – Chris Conde 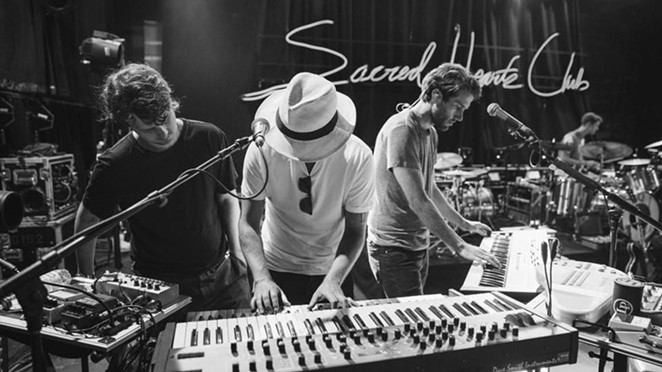 Jumping into the hearts of indie-pop enthusiasts worldwide with their 2011 breakout single “Pumped Up Kicks,” Foster The People returned with a brand new record, Sacred Hearts Club this past July. Upon release of Sacred, which is a little more beat-forward and strangely psychedelic for a pop release, the band announced a tour with a stop right here in San Antonio. This Thursday, the now-quartet will submerge us in waves of synths and poppy hooks – so get those pumped up kicks ready. $32.50-$205.72, 7 pm, Aztec Theatre, 104 N. St. Mary’s St., (210) 812-4355, theaztectheatre.com. – CC 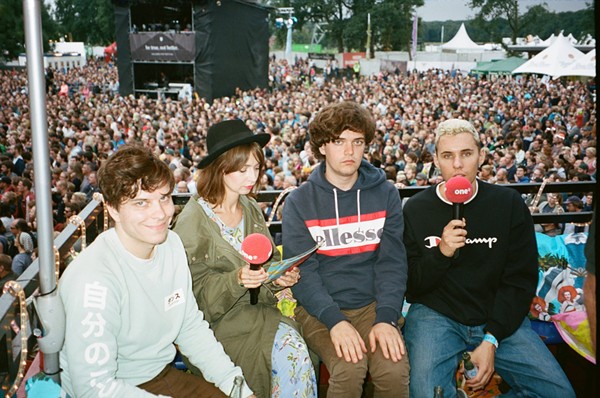 
Known for their innovative jazz takes and collaborations with artists like Kendrick Lamar, Tyler, The Creator (born Tyler Gregory Okonma), Earl Sweatshirt, Danny Brown and Ghostface Killah, Badbadnotgood originally formed when the three members met while enrolled in the jazz program at Humber College in Toronto. The group covered “Lemonade” by Gucci Mane for a panel of their jazz performance instructors, who didn’t exactly appreciate their rendition. However Odd Future rapper, Okonma saw the genius of their interpretation and helped the video go viral after the trio uploaded it to YouTube. Since then, the group, now a four-piece (five when they tour), have grown to be so much more than just the next buzzworthy band in the indie circuit. $17, 8pm, Paper Tiger, 2410 N. St. Mary’s St., papertigersatx.com. – CC

Producer and DJ Simon Green performs and records as Bonobo. Ever since his first release, 2000’s Animal Magic, Green has consistently pushed himself into fresh territory with each album, patiently exploring vast swaths of the electronic music spectrum. Green is a mastermind of complex and rewarding soundscapes, danceable, thought-provoking, and mesmerizing in turns. Like the small chimpanzee that the project is named for, there’s an innocence to Green’s curiosity and sonic exploration that makes his music deeply engrossing, even for those that don’t consider themselves fans of electronic music. Green’s most recent album Migration, released at the top of 2017, is his finest work yet: knotty, rich in texture and color, varied in tempo, and seeming to exist altogether outside of time. With Diego Bernal, Ernest Gonzalez, $39.74-$185.38, 7pm, Aztec Theatre, 104 N. St. Mary’s St., (210) 812-4355, theaztectheatre.com. – James Courtney

Spoon, one of the best bands ever to come out of Austin (and that’s saying something), hasn’t adjusted its approach to music much throughout its nearly 25 years of activity. What the band does is simple enough (at least in theory): write killer, crafty rock songs with a tasteful pop sensibility, songs that crackle with the electricity of punk rock and wink with the off-kilter quirk of indie rock. While the rawness of Spoon’s earliest material has transitioned into a far more sophisticated sound, the talent, ingenuity (within a fairly finite spectrum), and energy is still there. In fact, we’d like to submit that the band’s most recent couple of albums, They Want My Soul (2014) and Hot Thoughts (2017), rank right up there with Spoon’s best work.In the live setting, Spoon, long revered for letting it all hang out, is not to be missed. $71.15-$185.38, 7pm, Aztec Theatre, 104 N. St. Mary’s St., (210) 812-4355, theaztectheatre.com. – JC

I’ve only ever been ridiculously high when watching The Black Angels. The first time was during Austin Psych Fest in 2013 and then again at The White Rabbit, before venue changed over to Paper Tiger. Though the cocktail of drugs that coursed through my system at both shows certainly enhanced my experiences while watching the five-piece wash the audience in psychedelic waves of rock ‘n’ roll, non drug-using show-goers will be pleased to know that you don’t need to be high to get down with these Austinites. The band formed in 2004 and has released five albums, with their latest Death Song which just came out earlier this year. With Car Seat Headrest $14-$55, 7pm, The Aztec Theatre, 104 N. St. Mary’s St., (210) 812-4355, theaztectheatre.com. – CC

In 2015, experimental electronic/dark synth act Crystal Castles (largely the creative vehicle of producer Ethan Kath), began releasing its first music with vocalist Edith Frances, who replaced original vocalist Alice Glass not long before that. Glass' departure from Crystal Castles, for personal and professional reasons, left some fans a bit shook over the project’s future. However, Crystal Castles’ heavy, prismatic, and overall gnarly 2016 album Amnesty (I) quickly blew away any concerns that the noise-worshiping band with the near-cult following would lose a step. Opening the show will be Austin/Houston outfit Night Drive, which deals in some of the same experimental electronic currency as Crystal Castles, but leans more towards synth-pop. $20-$35, 7pm, Aztec Theatre, 104 N. St. Mary’s St., (210) 812-4355, theaztectheatre.com. – JC