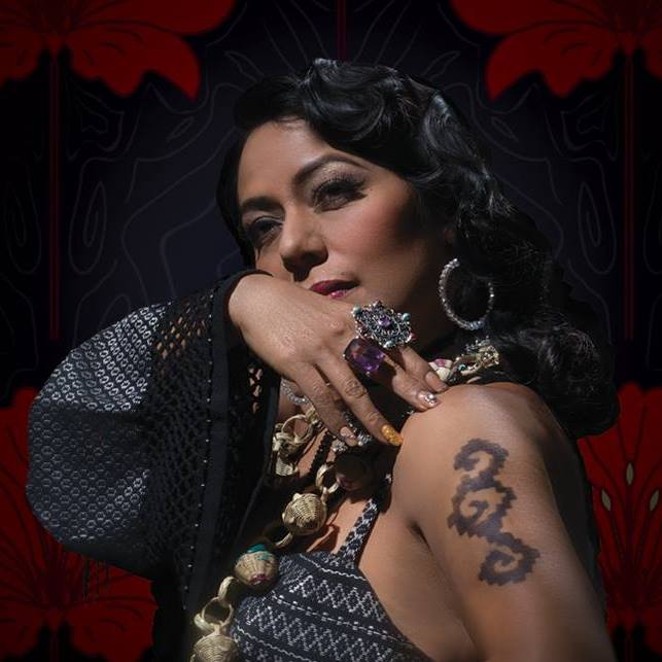 Venerated Mexican singer-songwriter Lila Downs has explained that the title of her latest album Salón Lágrimas y Deseo (released earlier this year) indicates “a place where you dance with sadness and melancholy, but also with seduction and desire.”

And, truth be told, the dichotomy illustrated by that short explanation could be used to describe Downs’ entire catalog of music, which is equal parts intense and delicate, light and heavy, sorrowful and ebullient.

Consistently among the best-selling international artists, Downs, a Grammy and Latin Grammy award winner, released her first album in 1994 and never looked back, having put out more than 10 excellent albums since. Downs’ passion, productivity, and singular way of blending traditional and contemporary sounds and practices all make her one of the most exciting artists of her generation.