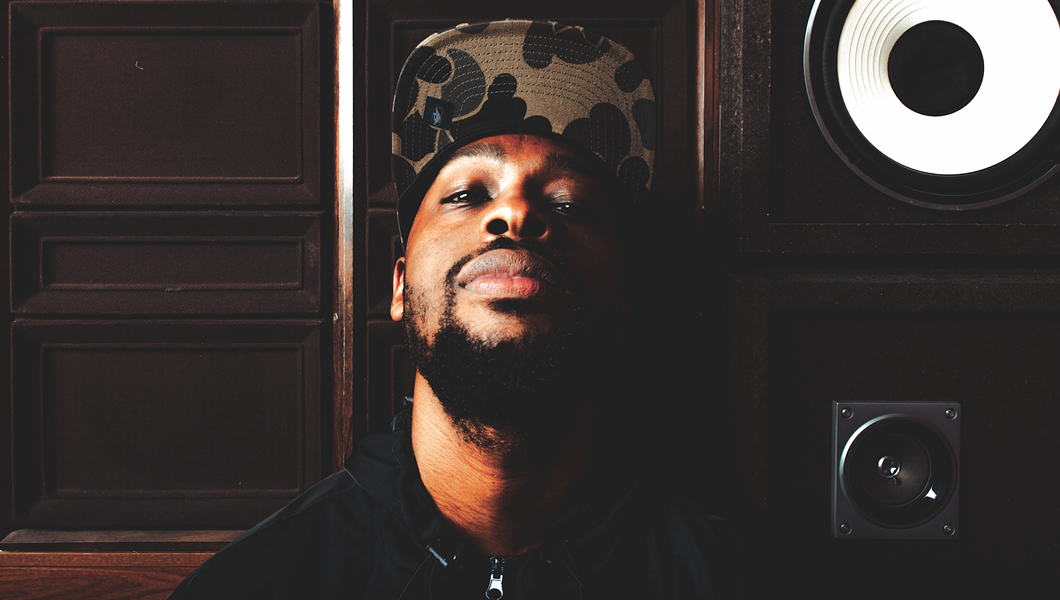 The hip-hop community in San Antonio is thriving. Although pockets of hip-hop culture have always existed in and around the city, lately those areas have started to bleed into each other to a point that folks outside of the rap scene are starting to take notice. From venues like Paper Tiger, Limelight, Ventura and Fitzgerald’s steady curation of rap shows with the help of numerous promoters of the genre throughout the Alamo City, it’s not hard to happen upon a hip-hop event happening in town on any given week throughout the year. Even Brick at Blue Star will host a Wu-Tang member time and again like when Killah Priest showed up a few weeks ago to bless a mic at the art space/venue.

But not every rapper or group is alike. And seldom artists, even beyond the 210, are able to match the fierce delivery of revolutionary lyrics, and hard-hitting beats for a sound that has made Third Root a regional favorite – garnering numerous performances at SXSW, and grabbing the attention of folks like Grammy Award-winning producer and musician Adrian “AQ” Quesada who produced the group’s third record Libertad (released in October) and has also worked with bands like Grupo Fantasma and Brownout.

A collaboration of Easy Lee (MoJoe), Dr. Marco Cervantes (Mexican StepGrandfather) and DJ Chicken George, Third Root doesn’t really need introduction. Since forming in 2011, and with three albums out now, the group has been active in mobilizing the black and brown communities in San Antonio and the region by tackling themes of racism, flawed education systems and police brutality in their lyrics.

The Current caught up with Charles "Easy Lee" Peters who, while continuing to pen brilliant rap verses, is actually now teaching ninth grade high school English in Zone 1 over on the west side of Atlanta. 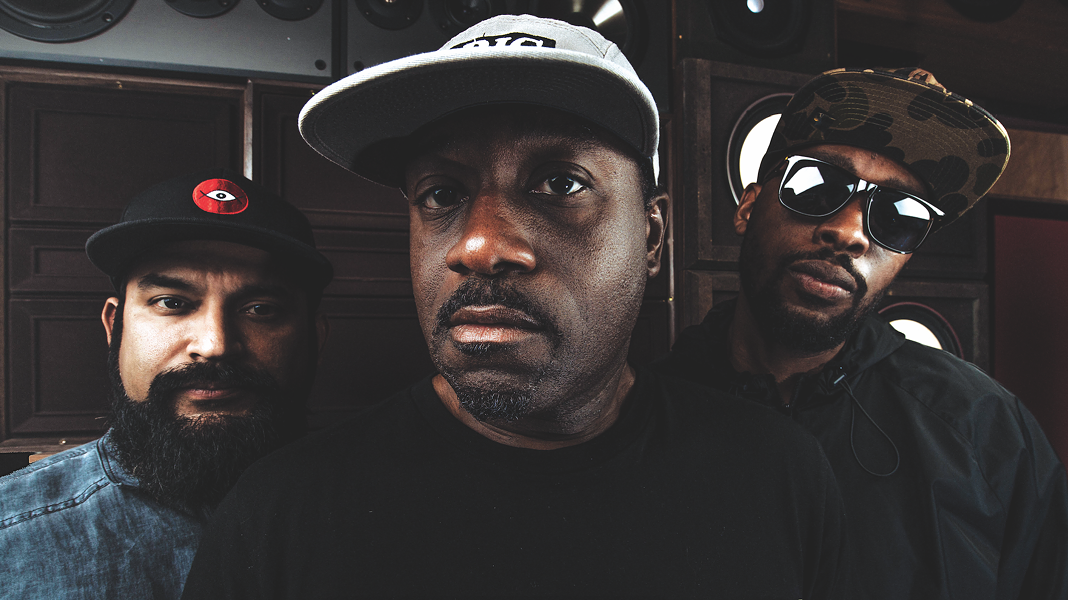 The Current: Y’all have been on this conscious rap thing for a minute. What’s it like watching people become increasingly aware of social injustices as an artist whose part of a group that’s been doing this for so long already?
CP: We talk about that all the time as far as mass consciousness happening or mass wokeness going down right in front of our eyes. It’s been gratifying, in one sense, to know that we saw that moment coming. ‘Cause you know Third Root is based on the idea of black and brown overlap. All the research that Mex-Step has done with his position at UTSA. When we first started, he presented books and texts for me to look at. It became very obvious to me that with the population growing in the United States of Mexicans and people with immigrant backgrounds, that this country is changing, there’s no getting around it. So, with that change is going to come resistance and then there’s going to be resistance to the resistance. [Consciousness] has been our premise from the beginning.

C: Do you think that it’s happening in San Antonio?
CP: I feel like it’s definitely taking place in the city. The programs that are in the universities … I’ve seen the marches down in the city … the tolerance for everybody’s lifestyle ... I just feel like San Antonio is coming into its own as far as revolutionary thinking. And I think it’s really been set in tradition – intentionally. But it has to evolve at some point. I think it’s happening with the core of artists coming up, the young people coming up, I feel like there’s more awareness going on in the city for sure.

C: What is different about this album from all your other records?
CP: Knowing each other’s voices before even hearing it on the tracks. Knowing each others writing habits, knowing how folks respond to different songs at our shows … We started writing in a way that we know “this will work in a show." All of that stuff’s happening the more that you record but then also with the first album, we took my background from Mojoe which was a soul/hip-hop band and we took Mex-Step’s background as kind of the traditional DJ and MC with a revolutionary message, and we kind of mixed it up on the first album in 2012’s Stand For Something. Then in 2014, we said let’s find one producer that can give us one sound and let’s see if that progresses the conversation, and it did. Greg G gave us the soundtrack for the second album Revolutionary Theme Music. Then we went to use Adrian Quesada’s studio to record something totally different. He heard what we were doing and he said, “I wanna cut some music with ya’ll.” That turned into [Quesada] being the musical supervisor for the the third album and I think that we found the right sound for the message for our voices. And I think that’s the biggest thing. We’ve [had a message], but you gotta have the right soundtrack for people to actually hear it.

C: “Justice Or Else" is probably my favorite track on this album. It’s got that old school boom-bap edge to it. What’s that sample on there from?
CP: That’s Louis Farrakhan in the middle talking about “We’ll talk about justice and we’ll talk about what else?” You know, like what else is coming? The thing about “Justice or Else” is we were asked by Farrakhan’s granddaughter Queen YoNasDa (Yonasda Lonewolf Hill) – she’s actually on the album. I invited her to the studio one night here in Atlanta to listen to the album. And we just got into a conversation. I said, “You mind if I pull a mic into the room?” She said, “Sure,” so I took a small piece of that conversation and put it on the end of the song called “Village for the Truth.” So [Queen YoNasDa was the one] who actually asked us to make a song for the 20th anniversary of the Million Man March. “Justice or Else” was the theme they had for the march, so I went up to DC and they used our song on the website as the theme song for the march.

C: Whoa. That’s tight!
CP: That was even before we recorded the whole album. So, we put it out there as a single ‘cause it was early, kinda like we did with this new Kawhi song, just to let people know we were working and it ended up being a song that we’d have to do at our live show. Like, people love that song, so I’m glad that it stuck.

C: It makes you move! I think that’s one thing with art. You can have a dope message, but when you have a song that matches the lyrics with the same intensity, that’s makings for a hot track.
CP: Exactly.

C: If someone was going to listen to just one track from this record what would you want them to hear? Would it be “Justice or Else” or a different one?
CP: When we recorded “Reflection of the Times,” we knew that we had what we needed for the album. The statement of what we do is we write music that puts whatever year we’re recording in into a time capsule. But also, Reggie Coby on the hook [made it] melodic. We always come up with a lot with forceful rap and a lot of our hooks sometimes are spoken or chanted, but we had the melody with it. I just think it’s a well-rounded song and it sums up the themes of the album.

C: What’s your view on hip-hop today? Commercial rap has been around since the beginning, but lately it seems like there’s more mumble rap and trappers now than there are people who actually write bars. What’s your take on the state of the genre?
CP: I just came up with a song with this concept: you’re not a rapper / you might be a trapper / you might be a money-maker / but there’s heroes out here. There’s heroes on these mics. So let’s separate the two. But I think that hip-hop though, as a culture, even with the music that’s going on now, I love where we are because now we have OGs; we have elder statesmen. Like, we have Bun B at Rice University, and you have 9th Wonder at Duke, and you have Questlove at NYU, and you have Mex-Step at UTSA, right? That doesn’t happen if these young people aren’t doing what they’re doing. And I know that’s a weird way to look at it, but they keep the conversation of rap going for the masses. While the masses are entertained, that’s allowing the people who do have something to say and something to offer the culture, room to work.

C: Like how do we know what to compare good rap to if there isn’t bad rap?
CP: Exactly, and you know what, to be honest with you, the rappers that are at the top, that are touring and grossing the most, have something to say. There’s always that bar of greatness. I don’t think it’s ever gonna waiver. No matter how much bullshit comes out on the radio. Kendrick Lamar, J. Cole, Joey Badass, School Boy Q, these guys are out here winning the biggest and they actually have something to say; they actually look at [hip-hop] as an art, and execute it at a higher level. I think we will always have a bar set that will reflect what this culture is really all about.