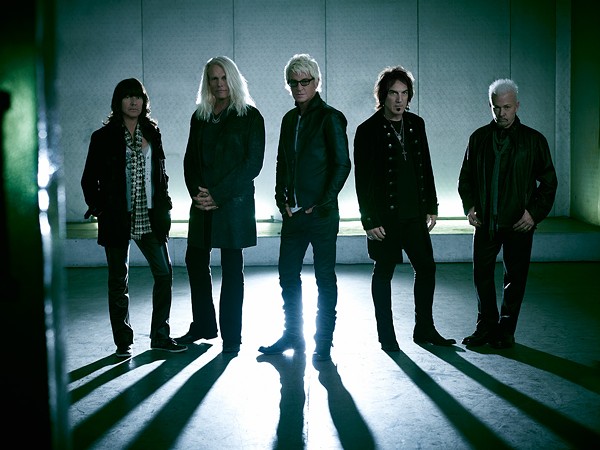 OK, so REO Speedwagon and Pat Benatar may not have been at the top of everyone’s list to perform at the city’s Tricentennial New Year's Eve celebration. But should we really be taking former Tricentennial Director Edward Benavides' highly questionable decisions out on these "casino resort circuit"-touring soft rockers?


A refresher: Benavides resigned from his position in November (two months before the Tricentennial kick-off) after a San Antonio Express-News investigation discovered Benavides had been in private negotiations with KSAT to be an exclusive broadcast partner for the yearlong event – months before the nonprofit invited other media outlets to submit their proposal to do the same (lol, oh snap).


And look, San Antonio – don’t take this the wrong way — but we know y’all love the old shit. Like, when Bone Thugs-N-Harmony come to town, or Metallica, or some other band from the ’80s and ’90s grace the Alamo City, the 2-1-0 shows up in droves (and in Metallica’s case, the tens of thousands).


Soooooo, is it that surprising that before Benavides quietly dipped out of his job he had contracts signed with the “Keep On Loving You” dudes and Pat Benatar (who wrote the iconic ’80s tracks “Love is a Battlefield” and “Hit Me With Your Best Shot” ... which I'm currently jamming out to as I write). You don’t think in the back of his mind he may of hit the damn nail on the head?


And with the city still needing to raise several MILLION dollars in less than a month (as of Nov. 2, 60 percent of its $10.3 million goal has been raised), securing performing acts that probably wouldn’t make a huge dent in the budget might not have been a terrible idea.


I mean the obvious choice would be Selena, but you know, that’s not gonna happen...

To be clear, this isn't a defense of Benavides’ decision making, or even his Spotify playlists (even though "reindeer chill" sounds DOPE) — I'm just making sure REO and Pat don't get dragged down with the city's mess of a Tricentennial game plan.

Don't act like we all won't be singing along to “Keep On Loving You,” as we ring in our 300th year as the adult-contemporary-loving city we are.