Snoop Dogg, Trans-Siberian Orchestra and Other Concerts You Can't Miss This Week (12/20-12/26)

Wed 12/20
Snoop Dogg
Oh shiiiiiiiiiiiiiit, it’s a motherfucking Christmas miracle, y’all. Snoop Dogg, one of the dopest MC’s to ever bless the mic, is playing the Aztec Theatre tonight. We already have a contact high. Since 1993, the rapper and pop culture icon has released 13 albums (his first one being Doggystyle, which debuted at No. 1 on the Billboard 200 chart and sold over 800,000 copies in the first week – damn), collaborated with pretty much anyone who’s worth collaborating with, and arguably taught us all how to smoke weed. $50-$99.50, 8pm, The Aztec Theatre, 104 N. St. Mary’s St., theaztectheatre.com. – Chris Conde
Fri 12/22
The Offbeats
As a member of the local music scene who’s been actively playing music here since I moved down here from Baltimore almost a decade ago, I feel like I’ve done a good job in getting to know the music scene here; it’s sort of hard not to get to know everyone after just a few years of gigging, working in coffee shops and just being an all around townie. However, somehow local garage/folk/indie/punk/pop band The Offbeats escaped my headphones. Was I not invited to a show? Was I busy doing drugs behind Web House when it was at the end of St. Mary’s (you know, where Faust is now)? The answer is probably. And after listening through F, their 2013 EP, I’m sad and embarrassed I didn’t know about these dudes earlier ‘cause they’re fucking great. $5, 10pm, Limelight, 2718 N. St. Mary’s St., thelimelightsa.com. – CC

Fri 12/22 - Sat 12/23
Henry and The Invisibles
Nearly every Friday night between 2006 and 2015, Henry Roland – better known as Henry + the Invisibles – took over Rebar and performed a multi-instrumental, loopfest of a solo show. Over the course of roughly 500 shows, Roland plied and perfected his zany and unflinchingly optimistic brand of space-funk in front of multitudes of boozy San Antonians, establishing a reputation as a must-see performer whose one man funk band could seemingly, if we were all on Roland's astral plane, save the world. All utopian daydreaming aside, you owe it to yourself to catch one of Roland's dates this weekend, which find him back at his old haunt and doing some live recording. Be prepared to sweat your ass off and come away with a new appreciation for the restorative powers of funk music. Free, 10pm, Rebar, 8134 Broadway, (210) 320-4091, rebarsatx.com. – James Courtney 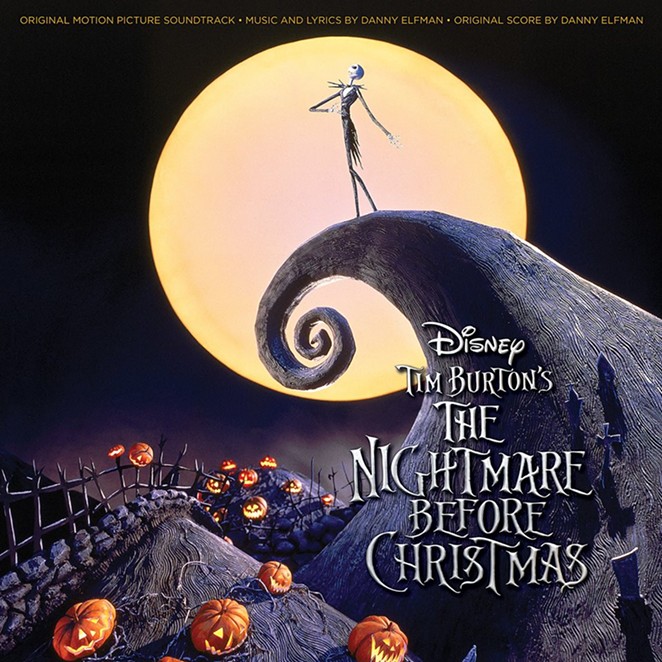 Fri 12/22 - Sat 12/23
San Antonio Symphony presents 'The Nightmare Before Christmas'
One of Tim Burton’s most celebrated films, The Nightmare Before Christmas will be projected on the big screen with dialog and effects accompanied by Danny Elfman’s enigmatic score played live by the San Antonio Symphony. The first show of the symphony’s 2017-2018 season, these are sort of the perfect type of concerts for taking your new Tinder/Grindr date to. Performing live-to-picture by the San Antonio Symphony orchestra, the 2017-18 season includes the film that made you think twice about heading out to South Padre Island, Jaws, Academy Award-winner La La Land, and Pirates of the Caribbean: The Curse of the Black Pearl. $27-$67, Friday, 7:30pm, Saturday, 2pm, 7:30pm, Majestic Theatre, (210) 226-5700, majesticempire.com. – CC
Fri 12/22 - Sat 12/23
Winter Makes Me Miss You Fest
Returning for its fourth year, The Winter Makes Me Miss You Fest hosts some of the best local talent that deserve your attention. It’s been a crazy year, I mean, just in general, but for our local music community, it’s been extra crazy and there’s been a lot of growth, camaraderie between artists, bands, venues and folks that just want to support – together who have continued to push the scene forward. Across two days, Ventura (appropriately owned and operated by Deer Vibes’ frontman Michael Carillo) will host 29 artists, vendors, bands, and artists like Islands & Tigers, Elnuh, Saturn Skies, and Barrera & The Hot Springs to name a few, for what is sure to be one amazing local music close to 2017. Free, 6pm, Ventura, 1011 Avenue B, (210) 802-6940, venturasatx.com. – CC

Sat 12/23
Trans-Siberian Orchestra
Do you like shredding guitars and epic orchestral movements with angelic choirs singing while flames ignite a stage? Do you love Christmas? Do you think it would be cool to see all of this packed into an explosive night of metal and holiday cheer? Then this show is most definitely for you. With their headbanging rendition of “Carol of The Bells” and other aggressive covers of holiday songs, Trans Siberian Orchestra has been spreading their love for epic Christmas movements since the late 90’s and are coming to town to remind us that tinsel isn’t the only thing metal about Christmas. Prior to his untimely passing, O’Neill worked tirelessly with his close-knit team preparing an exciting new take on “The Ghosts of Christmas Eve” for the 2017 tour. $45-$76, 3:30, 8pm, AT&T Center, 1 AT&T Center Parkway, (210) 444-5140, attcenter.com. – CC

Sat 12/23
MEDICINNE
For party people looking for techno and deep house music in San Antonio be sure to add the Vibe With Me crew to your list of taste-makers. They’ll be hosting Austin-based Techno outfit Medicinne at Webhouse with local DJ support from Josh Grandado, Gabe_V, Richard Urdiales, and Seraph69. Recording artists/ DJ duo, Medicinne have released a string of minimal techno and deep house recordings consistently since 2014 (check out Beatport Medicinne). The highly talented duo will appeal to fans who like well-paced heavy 4/4 beat driven minimal tech-house with slight hints of that deep Balearic vibe. You might imagine it’s 4 a.m. and you’re dancing on a black sand beach on the coast of Ibiza. It’s dreamy, it’s moody, and the music is, dare I say, spiritual. $8 before 10pm $10 after for 21+, 18+ $15, 9pm, Web House, 320 Blanco Road, (210) 531-0100. – JJ Lopez

Sat 12/23
Bumblefoot
When Joe Satriani recommends you for Guns N’ Roses, you know you’ve probably got something going on. Guitarist Ronald Jay Blumenthal, better known as Ron “Bumblefoot” Thal, is probably best known for his role as the hair metal band’s second lead guitarist which he served from 2006 until 2014 and performed on their sixth studio album Chinese Democracy. The guitar/vocalist has also released several solo albums though, which sort of blend a touch of ’80s metal-style singing (not like super Axl-y but definitely a good amount of vibrato) and active rock full of guitar solos (obviously). Check out “Women Rule The World.” $12, 7pm, The Rock Box, 1223 E. Houston St., (210) 677-9453, therockboxsa.com. – CC