Now, I don’t really drink or smoke weed anymore. Especially when I’m reviewing a show, since it’s important to stay focused so I can accurately report the performance. But, I definitely left the Aztec Wednesday night with a contact high from what was probably one of the dopest live shows I’ve ever seen go down in the 2-1-0.

If you’re gonna be the DJ opening for Snoop Dogg, one of the greatest hip-hop icons of all time, you’d think you’d want to be a little more authentic than whatever mess these dudes were doing. I’m still a little curious how these guys got on stage and spun some random Top 40 trap shit, but the crowd seemed to be up for anything at that point since it was already 8pm (doors opened at 7).

After the DJ and hype man openers, some rapper whose name escapes me now (it’s not really that important) came out on stage and got the crowd warmed up, but the dude didn't even spit on beat. I guess what made up for him not being able to rap was his energy, which the audience appreciated but again, WHAT WAS THIS DUDE DOING OPENING FOR SNOOP? I could think of at least 15 local rappers who were better suited for the bill.

Anyway, after waiting for three hours on our feet and enduring the two most terrible opening acts of all time, Mr. Snoop D-O-double-G came out stage in an appropriately green track suit, sunglasses and the well-known swagger that made us all fall in love with him in the '90s.

“What up San Antonio,” Snoop said to the crowd, which was met with a thunderous roar as weed smoke sifted through the venue. The rapper opened with a few new joints, including "Trash Bags" from Neva Left, released earlier this year. As soon as the LBC artist kicked into the track, a machine at the front of the stage started blasting fake dollar bills high into the ceiling over the audience as four pole-dancers began, well, dancing on the four poles – two at each end of the stage.

For how chill Snoop is, he’s definitely a showman and pulled out the stops to make sure we were all having a good time, taking moments in between tracks to say stuff like, “Hey San Antonio, is weed legalized yet here? Who’s the governor? Fuck that shit, I’m the governor, and tonight, in San Antonio, weed is legal.” All of a sudden the well-known guitar melody for Dr. Dre’s “The Next Episode” blasted through the speakers and Snoop busted into his verse and the crowd lost it.

The rapper went all the back to the '90s shit like “Who Am I (What’s My Name” and “Gin and Juice.” He even pulled out 2004’s “Drop It Like It’s Hot,” making it worth the wait to hear some of the songs that have contributed to the rapper’s timelessness.

Before closing the show with a chilled out “Young, Wild & Free,” the rapper said, “Happy holidays, and remember, smoke Christmas trees every day.”

Lol, thanks Snoop, a lot of us will. 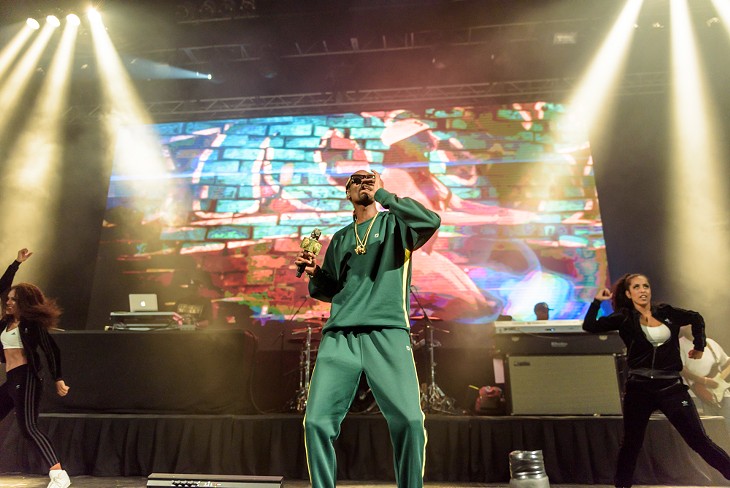 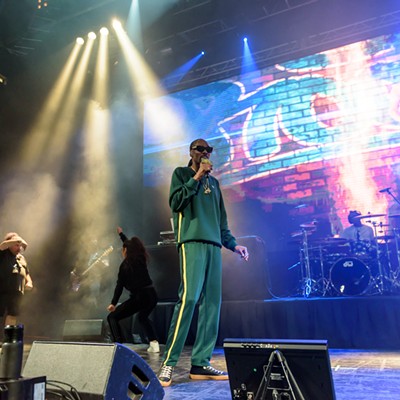 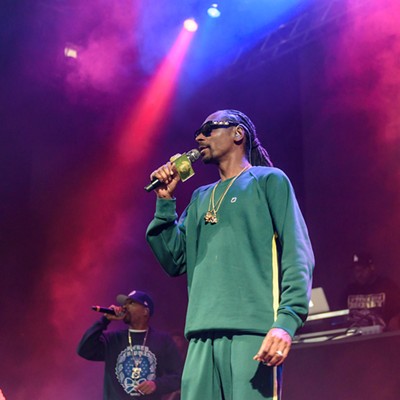