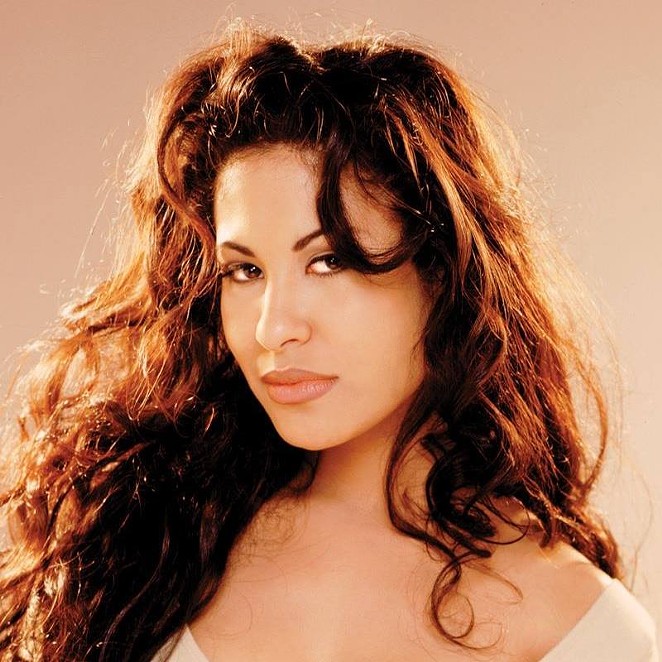 Word is that the legacy of Tejano queen Selena Quintanilla-Perez is inspiring a TV series, of which her siblings will be producers.

According to a report from Entertainment Tonight, Suzette Quintanilla Arriaga and Abraham Quintanilla Jr. are helping develop a non-biographical TV series that centers around Alex Guerra, an fictional award-winning pop star that's estranged from her family. The report also shares that the show will follow Guerra's life after a "crisis" prompts her to move back home to Texas. And with returning home comes major drama for Guerra, dealing with a love triangle, her demanding career and the "dark secrets" of her family while trying to be on good terms with them.

In a statement to the entertainment site, Suzette said that she's excited to be part of a Latino family drama that celebrates Selena's musical legacy.

While here in San Antonio we will always remember the Tejano star, the series comes with Selena being in the spotlight now more than ever in recent years. Selena's family started the 2-day Fiesta De La Flor in Corpus Christi in 2015, MAC released a makeup line dedicated to the star in 2016 and the singer finally got her star on the Hollywood Walk of Fame in 2017.

The news also comes after Selena's widower, Chris Perez, announced in November 2016 that their love story would be adapted to the small screen following his book To Selena With Love. But a month later, father Abraham Quintanilla Sr. filed a lawsuit to stop the series from happening, according to Vivala. In February 2017, a judge ruled that Perez didn't have the right to turn his memoir into a TV series, according to the Caller Times.

Entertainment Tonight also reports that the untitled show is currently in the works at ABC, with Miguel Nolla (Scandal, Grey's Anatomy) committed to the project as a writer and co-executive producer. There are no further details at this time as to when we can expect to watch episodes.