Texas Music Festivals Happening Next Month That We're Excited For 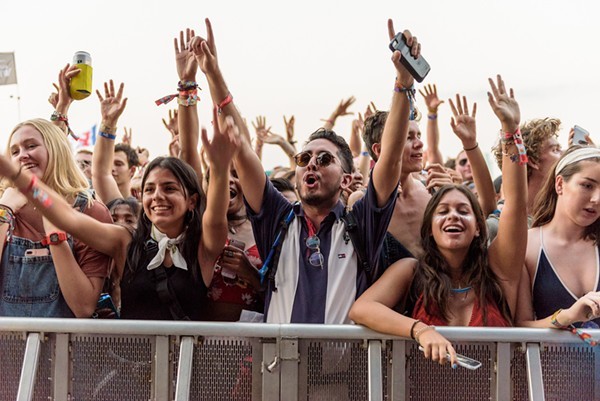 Is music festival season a thing down here in Texas? It seems like all you gotta do is wait anywhere between a few short weeks to a month or so in between large live music gatherings before there’s another one to turn up.

Since there’s literally three festivals right around the corner, we thought we’d give you a quick update.

First, the Botánica Music Festival kicks off March 3 right here in San Antonio. The inaugural festival will feature artists like Logic, a rapper on the rise as of late, as well as a band a lot of us are still obsessed with Deftones, among a sprinkling of local acts including Femina-X, House of Kenzo, and Wayne Holtz to name a few performers.

Next up is the mammoth South By Southwest. The music portion of the conference/festival is slated for March 12 and wraps up March 18. This year, the lineup isn’t packed full of well-known artists, though big names usually pop up for “secret shows” around the 512. Instead, 2018’s gathering features many up-and-coming artists and bands in the industry, including rappers Junglepussy and Sammus (who was just in SA), neo-traditional New York hardcore outfit Surfbort, and Barcelona psychedelic indie pop outfit The Zephyr Bones to name just a tiny amount of the tidal wave of performers gearing up to play.

And literally in the same fucking month is Houston’s In Bloom Fest, which features headliners Beck, Incubus, Queens of the Stone Age and Martin Garrix alongside indie legends Broken Social Scene and Grizzly Bear and post-rock giants Explosions in The Sky. The fest takes place March 24 and 25 and includes literally dozens of other acts. Check out the full lineup on their website.