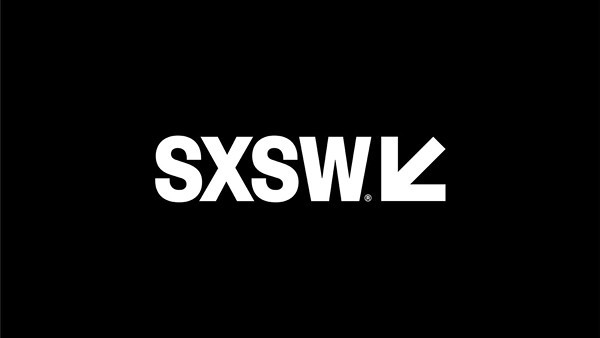 With SXSW only a month away, we thought we’d talk about a couple of the bands that we’re stoked to see. This year’s lineup is a little different, mostly up-and-coming artists. In 2017, the festival hosted acts like Talib Kweli, At The Drive In, Third Eye Blind and Erykah Badu to name a few. So, since this year is packed with a lot of bands that you arguably have never heard of before (calm down, hipsters, we’re talking to our general audience), here’s ten artists/bands that you're gonna wanna check out.

If you haven’t listened to Princess Nokia’s record 1992, you’re sleeping on one of the best hip-hop albums of the last couple years. Destiny Nicole Frasqueri, formerly known as Wavy Spice, and commonly known as Princess Nokia, is a force to be reckoned with in the genre. With her throwback ’90s references she uses throughout the record, on top of her sharp flow and delivery, we’re stoked to see this New York-based rapper rock in the 5-1-2. 11-11:40pm, Clive Bar, 609 Davis St.

On the heels of September 2017's Carnival III: The Fall and Rise of a Refugee, the Grammy award-winning member of the Fugees launched his tour in January and is slated for an SWSW performance. I mean, what else can we say about Wyclef Jean that hasn’t been said? The Score is probably one of the best hip-hop records of all time, dude’s solo work is ill, and he knows to rock a live show. If you haven’t seen this Haitian-born artists perform live, now’s your chance. *Time not yet specified, Highland Lounge, 404 Colorado St.

One thing I appreciate about this UK three-piece is their unexpected transitions and arrangements. Their sound is sort of ’90s alt-rock meets present-day indie-pop but with intricate live drum hip-hop sounding beats. Still, it’s in a way that’s all their own. TBH, I hate most “indie” music that comes out today on account of it sounding like a copy of a copy of some other band that’s trying to be the Beach Boys. Husky Loops, on the other hand, is doing some interesting shit, and they’re definitely worth your attention if you dig good rock ‘n’ roll. *Date, time and location not yet specified.

Angsty punk rock textures meld with juicy pop aesthetic to get anyone who appreciates a good beat and melody dancing alone in their room in just their underwear. This is pretty much the best way I can describe Canadian one-man band Chastity. Being dubbed the new millennial answer to Smashing Pumpkins, this Ontario-based artist is quickly garnering international acclaim. *Date, time and location not yet specified.

I can’t remember what article I said this in, but I’ve said it before and I’ll say it again: bluegrass music is folk and Americana’s thrash metal. I mean, throw some distortion on those banjo riffs and make it sound a little sadder and these folks sound like they're playing something off of Master of Puppets. Anyway, Michigan’s Billy Strings is a literal bluegrass prodigy and since he’s not coming to Texas anytime soon except for his SXSW performance, you might now want to miss the dude shred. *Date, time and location not yet specified.

Dubbed by NPR as either the most glam garage band around, or the grungiest glam band around, Brooklyn’s Sharkmuffin plays a delectable style of garage rock that sort of sounds like if Hole went in more of a grunge/garage direction rather than the produced sound they eventually arrived at. It’s noisy, dancey and maybe this decade's answer to the Yeah Yeah Yeahs. *Date, time and location not yet specified.

Avant-garde electronica meets pop in the middle of the woods at sunrise for a drum circle. That’s my first impression listening to the title track from Berlin-based vocalist & musician Joy Frempong and producer and musician Lleluja-Ha, better known as Oy. Their sound is relatively reminiscent of psychedelic indie pop rockers Yeasayer, but definitely more experimental sounding. Despite it’s weird textures, the duo’s sound is still approachable and will make you feel things you may not be ready for. Barracuda Backyard, 611 E. 7th St., Austin.

Combining lo-fi garage atmosphere with J-rock melodies, this Japanese rock duo have a style of rock that’s noisy and sporadic, but at the same time really poppy and fun. The guitars are either straight-forward grunge power chords or intricate fretboard riffs that add to the chaos. It’s playful and great but still retains this edge of sophistication reminding listeners that these dudes are some seriously talented musicians. Midnight-12:40am, Elysium, 705 Red River St.

Oh the darkness and the pain! If you’re like us and are living for this recent post-punk revival, then Death Bells most certainly needs to be on your itinerary at this year’s festival. Hailing from Sydney, this six-piece combines all the classic stylings from your favorite post punk groups like Joy Division, Tears for Fears and Depeche Mode, but add a touch of shoegaze and contemporary indie elements to keep it fresh. *Date, time and location not yet specified.

Art-pop at its finest, this Canadian duo layer electronic beats with R&B and pop vocals and intricate jazz guitar riffs creating a sound that’s fresher than the merch you’ll want to buy at their official SXSW showcase. You need this band in your life. 1-1:40pm, Austin Convention Center, 500 E. Cesar Chavez.


*Wristbands at $169 are sold out, but a limited number will be released on February 22 at the $179 rate. Badges can be purchased here. For updates on dates, times, and locations for performers visit sxsw.com.