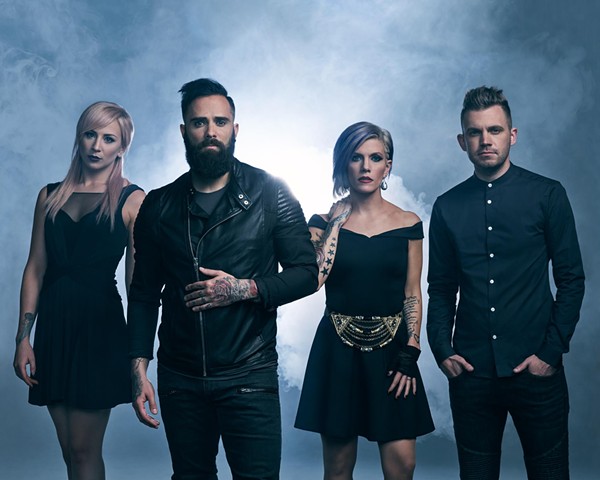 Returning to San Antonio to remind everyone that Jesus still rocks, is one of the few bands to have continued to dominate the Christian contemporary/active rock scene since the late ’90s, Skillet.

On Thursday, April 19, the husband-and-wife-fronted four-piece will make a stop at the Freeman Coliseum with Australian pop duo For King & Country, who have a sound similar to London alt-pop group, Bastille or LA's Young The Giant.

And we can joke all we want about Christian rock, but Skillet’s been laughing all the way to the bank with their record sales. For instance, the group released Unleashed Beyond late last year, a deluxe edition of their 2016 release Unleashed, which included the RIAA Gold Certified Single “Feel Invincible” and coincided with the double platinum certification of their 2009 record Awake.

Basically, Skillet is raking in the dough in their market, so all we can really do is give a nod to their hustle. #respect #blessedup #blessed

Tickets ($15-$40) are on sale now at ticketmaster.com. VIP tickets include early entry with a crowd-free merch shopping experience and a pre-show Q&A with Skillet and for KING & COUNTRY.

3201 E Houston
San Antonio, TX
(210) 226-1177
General Services
Map
Get our top picks for the best events in San Antonio every Thursday morning. Sign up for our Events Newsletter.