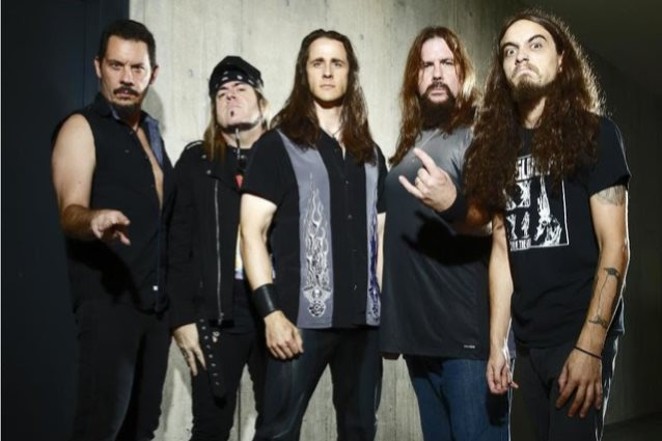 Riot V, the band formed from the ashes of Riot, a pioneering power metal outfit with deep San Antonio connections, will drop its latest album “Armor of Light” next month on the Nuclear Blast label.

San Antonio’s Donnie Van Stavern, a longtime collaborator with Riot founder Mark Reale, plays bass in Riot V and is one of its chief songwriters.

Formed in the mid-1970s, Riot was an Alamo City favorite that got regular radio airplay from KISS-FM’s Joe Anthony. Reale also lived here for a spell and several San Antonio musicians passed through the ranks. After Reale’s 2012 death, the band reformed as Riot V.

"Armor of Light" will be Riot V’s third release since 2014’s "Unleash
the Fire." Its release is slated for April 27 and a sample song is available via Nuclear Blast.