Indie OnslAUGHT: Bands From The Early 2000s Headed to San Antonio This Year

April 11, 2018 at 10:46 AM
comment
It's so weird to think of the year 2000 as almost twenty years ago, but I guess time flies when you're living your best life, San Antonio. If you were exploring new music through the early 2000s, you undoubtedly discovered the wave of indie, Americana, folk rock, and just overall strange sounds creeping to the forefront of popular music. For whatever reason (jk – it's because we're Nostalgia USA), a good chunk of bands from this era are stopping in San Antonio this year, or have already (Dead Meadow!) so we wanted to throw a quick list together to make sure you don't miss out on said nostalgia.

The Afghan Whigs + Built To Spill
Saturday, May 5


This spring, indie icons The Afghan Whigs and Built To Spill are teaming up for a 24-city North American tour launching in Madison, Wisc., and wrapping up in Seattle. This is the first time the two bands have toured together and it’s one of the dopest indie lineups we've seen in a minute. The bands will be hitting up The Aztec with English singer-songwriter Ed Harcourt slated to open. Since their formation, Built To Spill has released eight studio albums to international acclaim. Led by Doug Martsch, the band’s most recent release, Untethered Moon, came out in 2015 on Warner Brothers Records. After a twelve-year hiatus, The Afghan Whigs came back in 2012 with a reunion tour. Since then, the band has released two new albums on the indie label Sub Pop, Do To The Beast and last In Spades, which was named by Pitchfork as one of 20 Rock Albums of 2017. $33-$99, , The Aztec Theatre, 104 N. St. Mary’s St., (210) 812-4355, theaztectheatre.com. 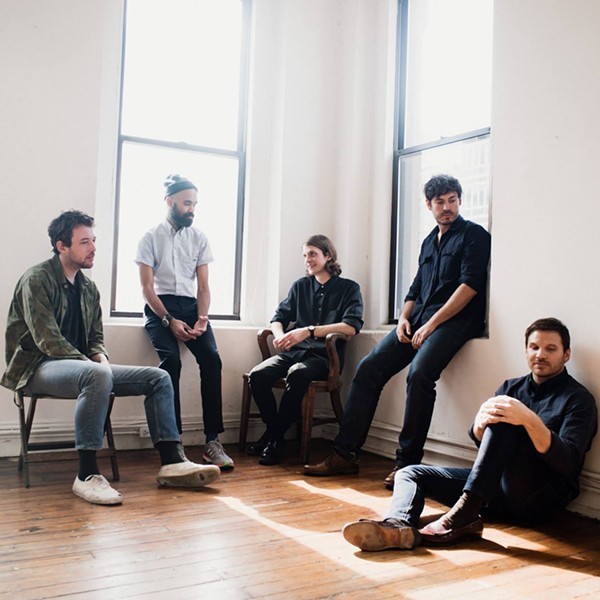 Fleet Foxes
Tuesday, May 8
Aw, you ! "Mykonos" singers Fleet Foxes are coming to town and our hipster hearts can't even right now. Don't front like you didn't ride your fixed gear bike, whilst wearing TOMS and listening to Fleet Foxes on your iPod Nano, Susan. We saw your Myspace, Susan. Anyway, the band announced their tour back in January and included San Antonio as a stop. We're already crying. The band will play the Tobin Center in support of their new record Crack-Up, the highly-anticipated follow-up to 2011’s Helplessness Blues. Peep our review of that shit here.  $36.50-$59.50, , Tobin Center for the Performing Arts, 100 Auditorium Circle, (210) 223-8624, tobincenter.org.

Indie rock favorite Dr. Dog is a band with a reputation for doing whatever the fuck it wants. While keeping the acid-folkie dream alive through its pop-jolted, freak-folk stylings, the group has also managed to keep its sense of humor. Over the course of eight LPs and four EPs, the Dr. Dog sound has grown away from lo-fi folk and, increasingly, into brighter and bolder territory. Only time will tell if this progression is going to continue to pay dividends or if it will take Dr. Dog more in the direction of irrelevant oddness à la Flaming Lips, or jam band blandness. For now, the Dog dudes are just having fun playing big ass shows, which is really what they do best. $17-$49, , The Rustic, 17619 La Cantera Pkwy Ste 204, (210) 245-7500, therustic.com.

Another addition to the onslaught (emphasis on the aught) of bands coming to Texas that gained popularity in … well, the comes Long Beach indie rockers the Cold War Kids, who are making a stop at The Rustic. Kyle Noonan, of The Rustic, said the performance at the still-new venue is one of the band's only non-festival gigs. “Having Cold War Kids perform at The Rustic is huge,” said Noonan in a press release. “The Rustic is one of the only stops on their tour that isn’t a festival, meaning that there won’t be very many opportunities for fans to experience the band’s incredible performance in a uniquely intimate setting like The Rustic.” $30-$65, , The Rustic, 17619 La Cantera Pkwy Ste 204, (210) 245-7500, therustic.com.

The Mountain Goats (stylized "the Mountain Goats") are an American band formed in Claremont, California by singer-songwriter John Darnielle. The band is currently based in Durham, North Carolina. Even though the band got their start in the ’90s, the Mountain Goats gained even more popularity on account of the indie folk-explosion of the early aughts, which gave us notable artists like Iron & Wine, Sufjan Stevens, Jose Gonzalez and Joanna Newsom. If you know about 'em, you know about 'em. If you don't, you should. Go listen.
$21-$26, , Paper Tiger, 2410 N. St. Mary’s St., papertigersatx.com.