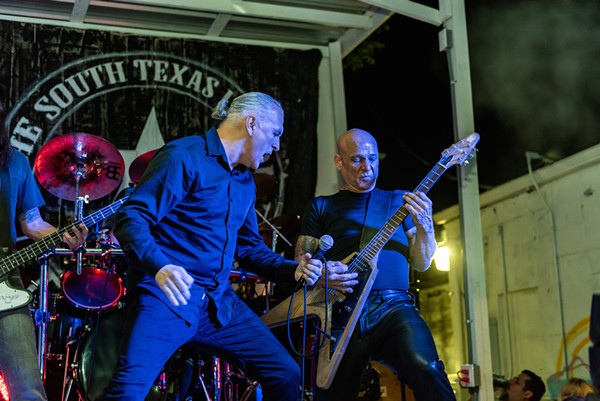 We weren't kidding when we recently told you San Antonio was once the "Heavy Metal Capital of the World."

Germany's Keep It True, a weekend-long festival showcasing vintage heavy sounds, will feature not one but two S.A. bands in its 2019 lineup: Juggernaut and South Texas Legion. The latter — a supergroup featuring members of S.A. Slayer, Watchtower, Militia, Karion and the aforementioned Juggernaut — will be billed as Texas Metal Legion for the show. Apparently because Germans just aren't as picky about U.S. regional geography as we are.

"They really appreciate Texas metal [in Germany]," said Art Villarreal, guitarist for South Texas Legion... ahem, Texas Metal Legion. "It's an inspiring crowd. There's a lot of camaraderie, kind of like the way the scene here was back in the '80s."

Villareal speaks from experience. This is his second jaunt to Keep It True, which featured his band Karion in 2014.

Keep It True 2019 will take place in Lauda-Königshofen, April 26-27. Satan (not the Prince of Lies, but the New Wave of British Heavy Metal outfit) has been named as one of the headliners.

Over the festival's 15-year history, it's included more than a handful of other groups with Alamo City ties — Militia, Watchtower, Helstar and Riot V, among them. More proof that when it comes to metal, S.A. delivers the goods.