After 6 Years, Jeannette Muñiz Steps Down From Hosting KRTU's Live and Local 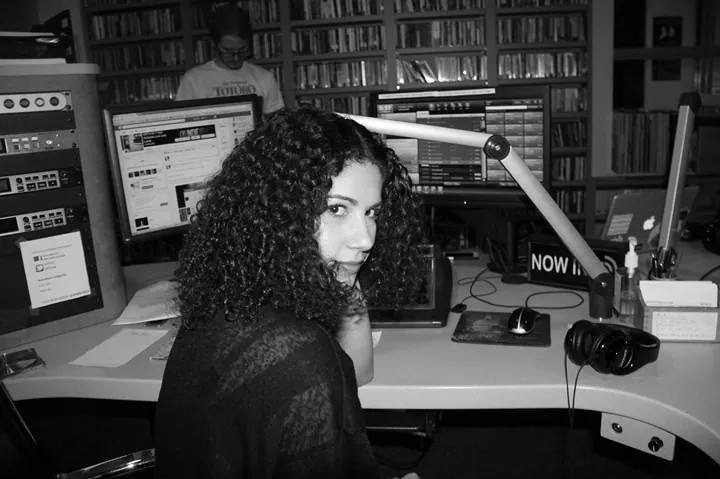 If you’ve been paying attention to the local music scene the last few years, you’ve undoubtedly heard about the local radio show Live and Local, part of Trinity University’s KRTU 91.7 FM’s Indie Overnight segment. For six years, local musician, promoter and band manager Jeannette Muñiz hosted the program, which features local musicians playing MTV-Unplugged- version of their songs, with Muñiz interviewing the bands between songs, giving them the opportunity to promote their new record or show.

For up-and-coming bands like indie dream-poppers Booty Feet to seasoned vets like indie alt-rock dudes Buttercup, this sort of platform has been a much needed asset in pushing the scene forward when PR, management and label help for local bands is virtually invisible for most artists in San Antonio.

But Muñiz is ready to move on to the next chapter of her life, which is taking her north to Austin for a new marketing gig and to focus on recording her new album.

Born in California and moving to Schertz after her mother got a posting at Randolph Air Force Base, Muñiz graduated from Samuel Clemens High School in '03 and shortly after discovered the St. Mary’s St. venue Limelight. Watching the now-defunct band Big Soy and Druggist (who actually is still releasing music), Muñiz began making Myspace flyers for the bands and opened for them with her own acoustic singer-songwriter jams. In 2011, after gigging around the St. Mary’s strip for a few years at places like the now-closed Saluté and Ruta Maya, she was invited to the KRTU-HD2 station, the second Internet radio sub-channel of KRTU 91.7 FM, to perform her music live.

“I went there and I ended up talking about local music for an hour or so,” Muñiz said. “The next day, they offered me a job hosting their local show called Now Playing, part of the Good Job Texas programming. The program was three hours long, and so many people would come through it and play that it was like a doctor’s office – just constant rotation.”

Good Job Texas eventually lost funding, and Now Playing folded with it. However, six months later, KRTU reached out again to Muñiz and asked her if she wanted to host Live and Local.

Her last broadcast was Thursday, May 17.

“It was kind of like raising 50 children,” Muñiz said with a laugh. “I felt very, very attached to every single one of those bands. Everybody I interviewed was my favorite band.”

A lot of the musicians she talked with were at the start of their careers. While it was frustrating at times answering the same questions over and over from green artists, she said, contributing to the overall community and watching bands grow has been a real joy.

“I’m excited for the next DJ to come through and get a fresh perspective and [work with] bands that I may have overlooked.”

Muñiz says her record should be out next spring, with a tour to immediately follow.

With her years of working with new artists, we asked her for some breadcrumbs of advice for the next up-and-coming San Antonio band that wants to make a career out of their music.

“Go to your favorite bands' concerts – whoever it is that is inspiring your sound right now – go see them " she said. "Write down everything that they’re doing. Get there early, watch them unload the truck, talk to the sound guy, talk to the manager, get to the very front and see what pedals they’re using, see how their stage presence is holding your attention. There are so many things that you can learn from something that they’re already obsessed with. And once you put yourself on that level, before you know it, you’re opening for your favorite bands.”