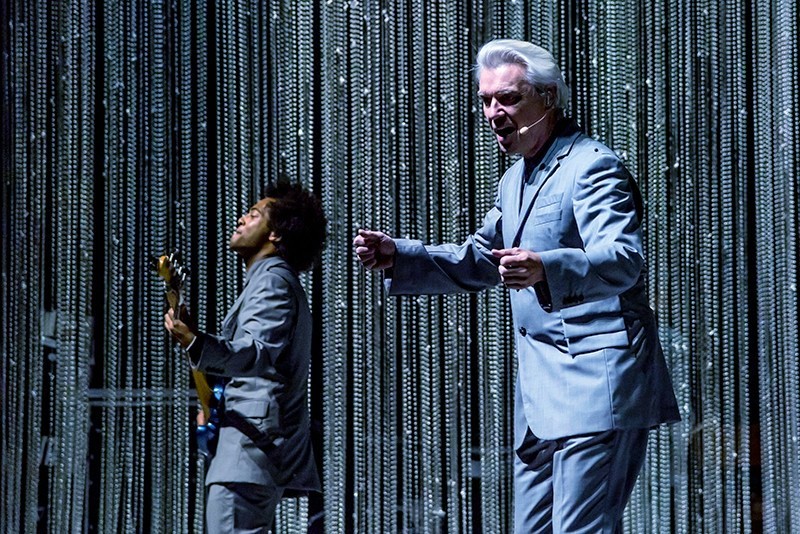 This fall, former Talking Heads singer David Byrne will return to the Tobin Center just six months from a sold-out show to grace us with a second dose of his solo American Utopia tour. San Antonio really “must be the place” where he wants to be.


After playing the Tobin in April, Byrne will return on Tuesday, October 9. T

he man with the big suit will perform with a twelve-piece band and stage tracks from his new album as well as some classics by the Talking Heads and his earlier solo work. So even if his latest work doesn't strike a nerve, you'll have an opportunity to belt along to your favorites anyway.

“We’ll be doing some new songs… and many others that will, I assume, be familiar,” said Byrne in a press release. “I’m excited. This is the most ambitious show I’ve done since the shows that were filmed for ‘Stop Making Sense,’ so fingers crossed.”

The risk-taking album is his first true solo album released in almost fifteen years (discounting a series of collaborations).

Check out the official video for the albums first single, in collaboration with The Vocal Jazz Ensemble from the Detroit School of Arts:

Every ticket purchased online for David Byrne includes a CD of the new album American Utopia. Ticket buyers will receive instructions via email on how to redeem your album shortly after ticket purchase.