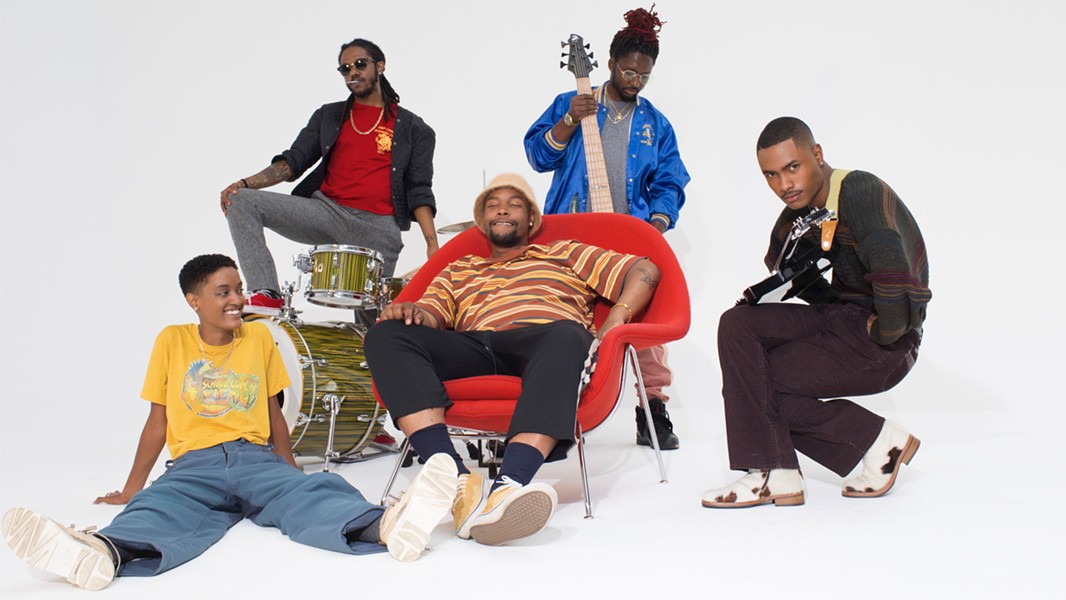 There’s been quite a slew of shows coming to the Alamo City that we’re p stoked for. From Cardi B at Mala Luna to J. Cole next week, to Ministry at the end of the year, and even our own San Antonio Music Showcase, which features a grip of dope local artists, there’s a lot to look forward to in the live show department.

Adding to the list is the Grammy-nominated group The Internet, one of the best R&B bands on the planet that you still maybe not have heard of. Back in 2015 they released a record called Ego Death and it pretty much said “Hi, hello, R&B is far from over, folks.”

Part of the Odd Future Collective juxtapose Tyler, The Creator, Frank Ocean and Earl Sweatshirt, singer producer Syd and producer Matt Martians sort of broke off and did their own thing forming The Internet and if you’ve listened to “Girl,” you know that THEY. DON’T. PLAY.

What’s also cool is that it’s rare to hear queer vocalists in hip-hop and R&B, and Syd lends her perspective as an LGBTQ-identifying artist, helping to destroy the stigmas still sifting through those genres.

The group is headed to The Aztec Theatre on Friday, November 16 and you absolutely should cop those tickets when they go on sale Friday, August 10 at 10 a.m.