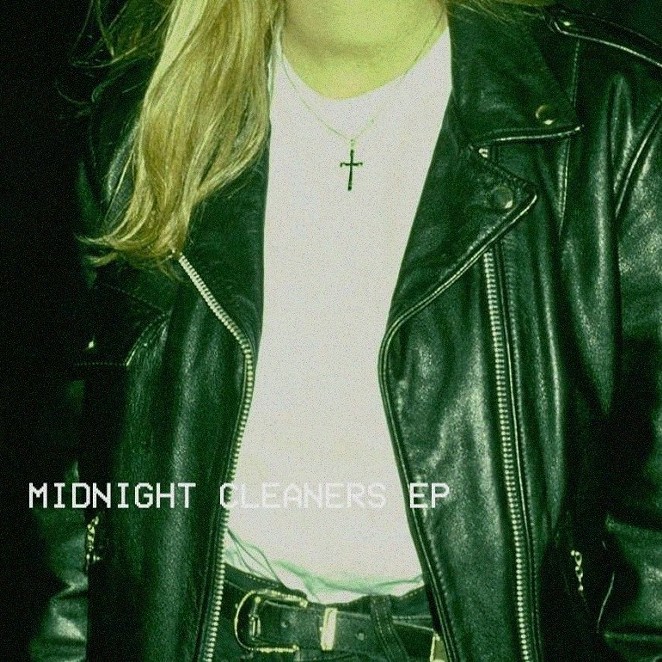 It’s not everyday a band keeps the first take of a song they’ve never played and uses the track as the opening for their debut EP. But, that’s exactly what happened with SA quartet Midnight Cleaners on their eponymously named debut. The opening track is aptly titled “Take 1,” and while the dreamy, slow-moving song is punctuated with a lo-fi hum that could seem a little too lo-fi, it’s a deliberate aesthetic that is heard throughout the four other tracks.

Eric Saenz, the lead songwriter, lead guitarist and vocalist, told the Current that the band recorded the entire EP in two days with Darryl Schomberg II, who also plays drum for Austin’s indie art-rockers Young Tongue. On one of those days, the inspiration to capture an improvisational moment struck Saenz, which ultimately led to the birth of their opening track.

“Rocky [Aliva], our keyboard/rhythm guitar player was playing an E to an A and I had some words I had already written,” said frontman and lead songwriter Eric Saenz. “I told Darryl hit record – that song is the one that really captures the Teenage Fan Club-esque [vibe].”

“We want to make music that’s not deliberately rock ‘n’ roll or deliberately pop,” Saenz said. And that’s sort of what this collection of music feels like. Along with bassist Kyle DeStefano, drummer Daniel Lara, and Rocky Aliva – rhythm guitar and keys, the four create jangly guitar-driven pop songs that layer perfectly with each other like a multi-textured quilt.

While the majority of the EP is relatively slow-moving and groovy, “Laura P,” the fourth track, is held together by a quick, Ramones-esque drum beat as Saenz echoey vocals and guitar licks interlace before crescendoing into a half-time swinging moment filled with guitar-soloing that seems a little out of place at first listen, but somehow makes the most sense.

Overall, this EP is cohesive, smart and another true testament to the high-caliber of songwriting we’ve continued to hear coming out of the 2-1-0 DIY community.

Watch the video for "Laura P" below:
Stay on top of San Antonio news and views. Sign up for our Weekly Headlines Newsletter.