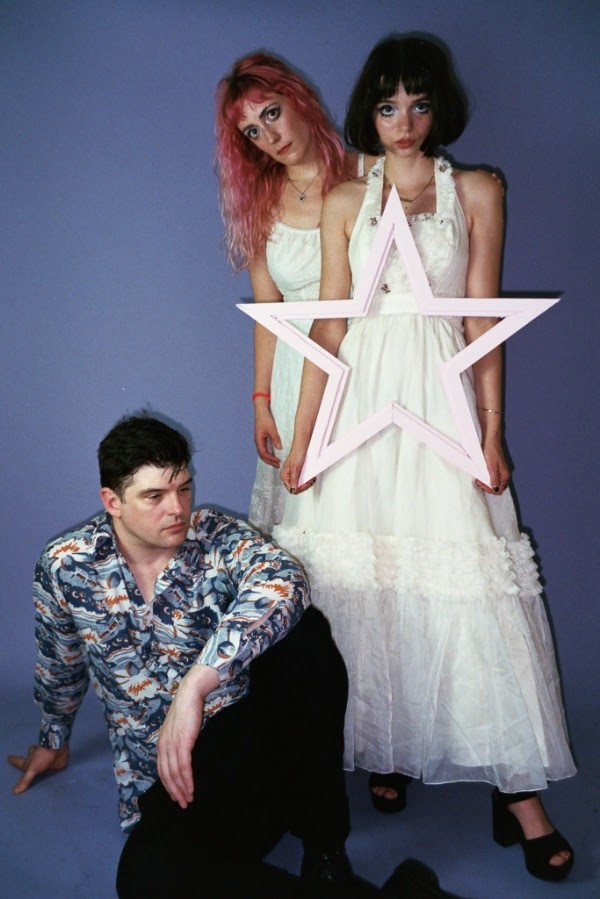 Former child star/Wooing songbird/guitarist Rachel Trachtenburg is all grown up.

One-third of the Trachtenburg Family Slideshow Players, six-year-old Rachel Trachtenburg often stole the show with her too-big drum kit and backup vocals to her mother, Tina (of Mother Pigeon fame) and playwright/composer father Jason, as they sang odes to the strangers they met from family photos the family acquired at estate sales. As the trio performed to projections of the probably deceased's smiling faces on film aged from time, it was a fact that Rachel - even alongside her seasoned parents - is a natural. Watching a clip of TFSP perform on the Late Night with Conan O’Brien shows that the Trachtenburg's are the kind of family you'd want to invite to a *vegan BBQ and pass along some old photo albums to.

After bursting from the womb to the stage in the Trachtenburg Family Slideshow Players, Rachel went on to form girl group Supercute! and is now fronting Wooing, a trio consisting of drummer Rosie Slater (who returned from Supercute!) and guitar shredder JR Thomason. Based in New York City, Wooing tackles off-kitler and often ignored subject matters and weaves them into the kind of jams you’d hear bending the airwaves of underground college radio stations. An outspoken animal rights activist, Trachtenberg wears her heart on her sleeve with “Rats,” which forces even those who don't think about the tortures of animal testing to empathize with the sanitary, intelligent, and mostly misunderstood rodent over primal beats, furious guitars, and Trachtenberg howling over the storm to not just make a point, but make us feel.

Wooing is embarking on a tour of Texas to support Cali surf punkers WAVVES, and you can catch them Saturday, October 20 at 8pm. Tickets can be bought here.