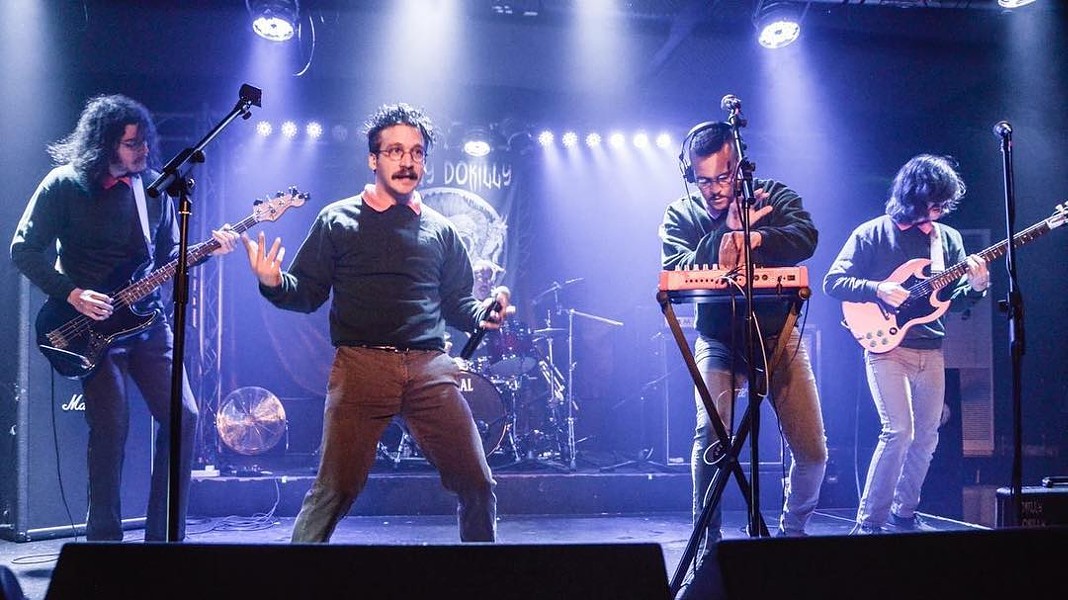 Even if you somehow haven’t owned a television in the last 30 years (or had parents that sheltered you growing up), you could surely still point out Bart Simpson in a cartoon family lineup. The longest-running American sitcom of all time, The Simpsons has now extended its impact into the realm of metal with the Ned Flanders-inspired band Okilly Dokilly, whose five members dress up like Homer’s hyper-religious next-door neighbor and use him as the inspiration for their lyrics.

The story goes that the vocalist and drummer were in line at a grocery store, and while entertaining themselves by coming up with “cutesy” names for brutal hardcore bands the name Okilly Dokilly surfaced and they just could not say no. Though their music isn’t as technical as some of their metal-core counterparts, the point isn’t necessarily the music – it’s that five dudes who are dressed up as arguably one of the goofiest cartoon characters of all time are about to bring the mosh.

The band is set to play Paper Tiger with Playboy Manbaby, Bitforce, and Davey Jones next March.