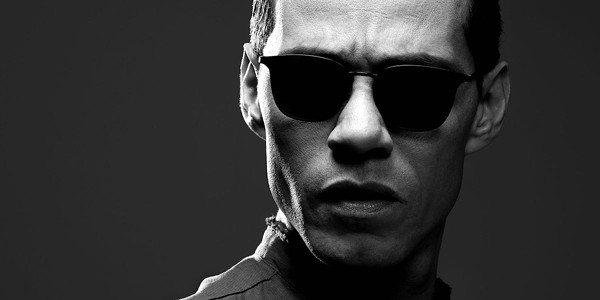 After the so-called “Latin explosion” of 1999, a marketing ploy spearheaded by Sony Music that brought Jennifer Lopez to global stardom and saw the “cross-over” careers of Ricky Martin, Enrique Iglesias and Marc Anthony, few Latinos would find success on English-language (mainstream) radio. Failed by the promise of the “Latin explosion,” many artists reverted to the sidelines and even mega-stars Thalia and Paulina Rubio couldn’t command the spotlight with underwhelming “cross-over” attempts in the early 2000s. But nearly two decades later, Latin pop is all the rage again with Latinos dominating YouTube views and everyone from Justin Bieber to Drake and Beyoncé clamoring to record Spanish-language singles.

On Friday, one of the original hit-makers, the salsa and pop singer Marc Anthony, will perform at the AT&T Center as part of the artist’s Legacy Tour. With his albums Todo a Su Tiempo and Contra La Coriente, Anthony established himself as the biggest-selling salsa artist of all time. His 1999 self-titled English-language album cemented his status as a global icon and included the hits “I Need to Know” and “You Sang to Me.”

Born Marco Antonio Muñíz, he would become known as Marc Anthony to avoid confusion with the famous Mexican balladeer of the same name. As he once recounted to The New York Times, the singer draws from influences as far-ranging as Marvin Gaye, salsa musician Ray Barretto and the Bee Gees (a reflection of his upbringing in East Harlem in the 1970s) to create his unique brand of genre-defying, cross-cultural, bilingual anthems. In recent years, Anthony has collaborated with emerging artists like Maluma, Bad Bunny and Gente de Zona, tapping into the current youth culture and symbolically passing the torch to a younger generation of artists. The video for “La Gozadera,” his 2015 hit alongside Gente de Zona, has amassed over one billion views on YouTube.

Unlike the “Latin explosion” that introduced Anthony to English-speaking audiences, today’s Latin music resurgence is fueled not by industry heads but by changing U.S. demographics (Latinos are now the second-largest ethnic group in the U.S.) and the emergence of reggaetón as a global phenomenon. From the recently released “Está Rico” featuring Will Smith and Latin trap star Bad Bunny to his best-selling salsa records in the 1990s and beyond (including the excellent 2007 El Cantante soundtrack), Anthony’s catalog of hit records is a lesson in Latin pop music.