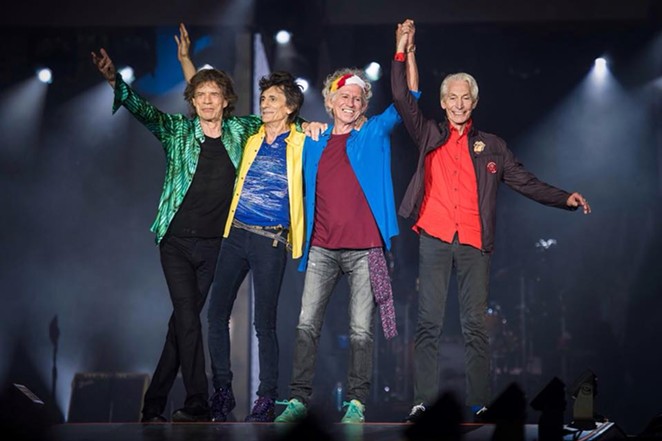 Get ready to rock, San Antonio.

Rock 'n' roll legends The Rolling Stones announced that they will embark on a U.S. tour, and they're coming to Texas.

While you won't be able to catch the British rockers here in the Alamo City, dedicated fans can make the road trip out to Houston to catch the Stones at the NRG Stadium on Sunday, April 28, 2019.

The Rolling Stones have just announced details of their US Tour 2019: https://t.co/cimRWrDl07 🇺🇸
There will be a fan pre-sale Weds 28 Nov 10am (local time) - If you want access to the pre-sale then enter your details here: https://t.co/yQWLqONHsv by Tuesday 27 Nov 9am EST. pic.twitter.com/zobo3Po4y9

Billed as the "No Filter" tour, the 13-city trek will kick off in Miami on April 20 (hehe) and close out in Chicago on June 21.

In a statement, lead singer Mick Jagger said, "It's a thrill when we play stadiums in the States. The energy is always amazing!"