Local singer-songwriter, ringleader, and bon vivant Garrett T. Gapps, as our frequent readers will no doubt be well aware, put out a real doozy of an album back in May.

Said album, called In the Shadows (Again) and recorded with NASA Country, a crack crew of stellar players, has done well for Capps, generating, along with a fortuitously-timed song placement in Showtime’s hit drama Billions, national and international touring action and a healthy helping of local/regional attention and praise.

The album itself shines, in a pristine yet uncanny kind of way. It is lyrically powerful, presents an unexpectedly refreshing/successful blend of krautrock and country, of psychedelic/experimental folk extrapolations and open-hearted Texas honky-tonk feels, and it is easily the most distinctive and cohesive recorded product that Capps has ever released. It's sophisticated without seemingly bloatedly so and it's earthy and relatable without seeming simplistically so, and it's, no fucking bullshit, one of the best few country releases I've heard this year — from anywhere.

Now, taking his self-described "space country" explorations even farther out there in the cosmos, Capps and company will celebrate the release of an ambient remix of the album. The remixed album, dubbed simply In the Shadows, is the fruit of the labor of NASA Country member and sound artist Justin Boyd. 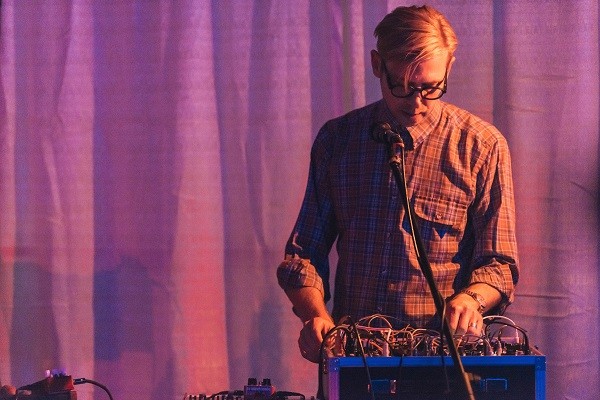 It is unusual, to say the least, to have an ambient remix of a country album, but in Boyd’s infinitely capable hands this project really came out beautifully. Accentuating the eerie whine of the steel guitar and deconstructing the songs, looking to expose their mystical cores, Boyd has given these works a whole new, and decidedly more spacious, life.

Boyd, who is already at work with Capps and company on their next project, told the Current that "the methodology was a bit different for me, but I really relished the constraints and pushed to make each tune sound similar to the original, but also working to highlight the inherent beauty in the craft of the songs."

He added that he is really pleased with the end product of this ambient album and that his "ways of working have been augmented and transformed by this process and this band, so [he] can't wait to do it more."

"We are about to begin work on the next album and I'm really amped to see where it will lead us," he explained.

Capps, for his part, ever the grinning optimist, said that he's thrilled with the outcome of Boyd's work on this project—"it totally rips," he offered in his deadpan way of saying cool things about the cool things he does.

445 N. Main Ave.
San Antonio, TX
(210) 212-4900
Art and Art Gallery
Map
Get our top picks for the best events in San Antonio every Thursday morning. Sign up for our Events Newsletter.