Blinding Light Show: If San Antonio Had a Rock & Roll Hall of Fame, These 10 Bands Belong in Its Inaugural Class 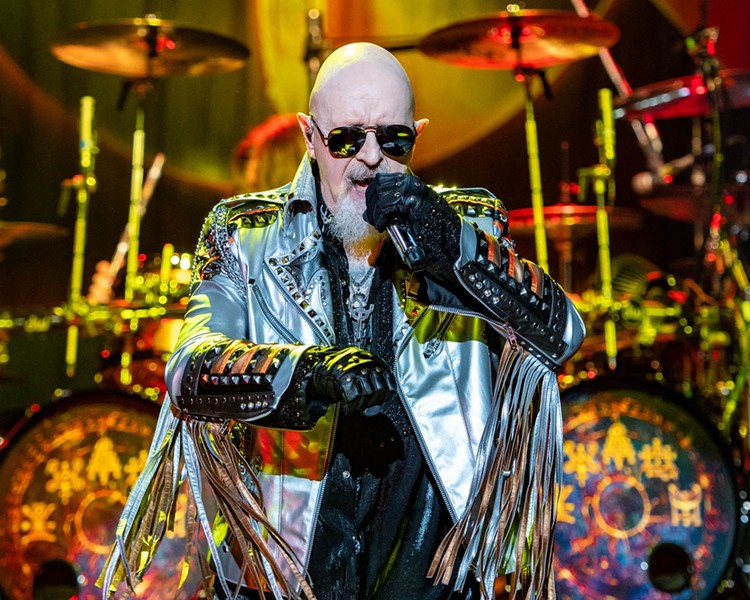 Do you blast Radiohead’s “Fake Plastic Trees” on the car stereo so drivers can hear it three lanes over? Will the Zombies’ chamber pop masterpiece, Odessey and Oracle, be playing at your next BBQ? No and no.

And, sure, Def Leppard is getting inducted this year, but the Hall made them sweat for it — like they did with Rush, Kiss, Van Halen and even Black freakin’ Sabbath. Judas Priest, the band that took Sabbath’s sound and turbo-charged it, is still not in.

Hard rock and heavy metal should have their own hall of fame. And in what better city should it be located than the home of Joe Anthony, “San Antonio’s Godfather of Rock ’n’ Roll”? The KMAC/KISS disc jockey, along with fellow radio pioneer Lou Roney and Stone City Attractions promoter Jack Orbin, made South Texas a welcome oasis for harder bands from Europe, Canada, even Australia.

So, without further ado, here are the inaugural inductees for the San Antonio Hard Rock and Heavy Metal Hall of Fame, along with a signature song we hope they play at the induction ceremony.

2. Saxon – “Denim and Leather”
This British band has a loyal local following and are coming back in February. Saxon spins an anthem about the days when fans hung out in record stores and actually stood in line for concert tickets. “Denim and leather brought us all together.” Hell yeah, it did.

3. UFO – “Rock Bottom”
Enter guitar phenom Michael Schenker. His way with the wah-wah pedal wowed one and all, while Phil Mogg’s vocals and lyrics were the band’s secret weapons.

4. Moxy –“Sail On, Sail Away”
A five-minute crash course in Led Zeppelin, courtesy of this Canadian outfit. Anthony helped the Moxy get their first U.S. gig as a headliner. Another early Anthony favorite, AC/DC, opened.

6. Budgie – “Breadfan”
How much do Budgie and San Antonio love each other? Enough that the 2002 incarnation of the long-lived UK power trio recorded a live album at the Sunken Garden Theater, perhaps the city’s most iconic concert venue.

7. Blue Öyster Cult – “Cities on Flame with Rock and Roll”
Local rockers may never understand how lucky they are to live in a town where a BÖC tune besides “(Don’t Fear) The Reaper” could be heard on the radio.

9. Uriah Heep – “Stealin’”
This anthem features the best of the ever-evolving lineup of the British hard rock workhorse.

10. Scorpions – “Lady Starlight”
A surprisingly tender ballad from the band that gave us suspect lyrics like, “Give her inches and feed her well.”

And that’s just the tip of the spear, folks. Riot, Starz, Thin Lizzy, Krokus and many more would be welcome in our own rock ’n’ roll Valhalla. Who would you put in San Antonio’s Hard Rock and Heavy Metal Hall of Fame?