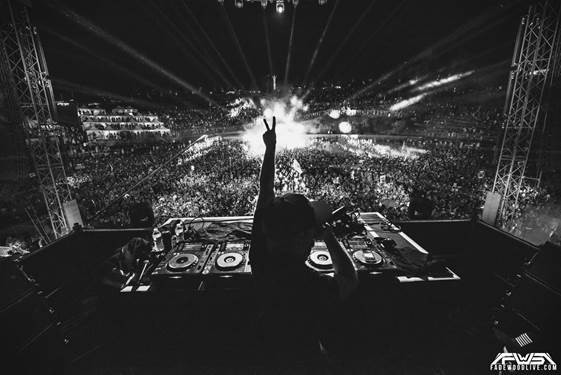 While full-on dubstep has sort of become less trendy (even though dubstep drops and intervals still appear periodically in EDM), there is still a huge community of folks seething to disappear inside the abrupt grooviness of that sound.

Hailing from Kelowna, British Columbia, DJ and producer Excision manages to harness elements of dubstep, bass and EDM that turn massive crowds into a swirling frenzy of lights and bodies and aggressive electronic sounds.

With more than 10 years of constant touring under his belt, two major music festivals to call his own in Bass Canyon (August – Washington) and Lost Lands (September – Ohio), multiple chart-topping tracks and millions of streams on his Spotify, Excision has proven himself as a powerhouse in bass music today.

Excision heads to San Antonio Thursday, March 21 for a performance at the Aztec Theatre. Tickets go on sale Wednesday, January 9 at 10 a.m. and can be purchased here.