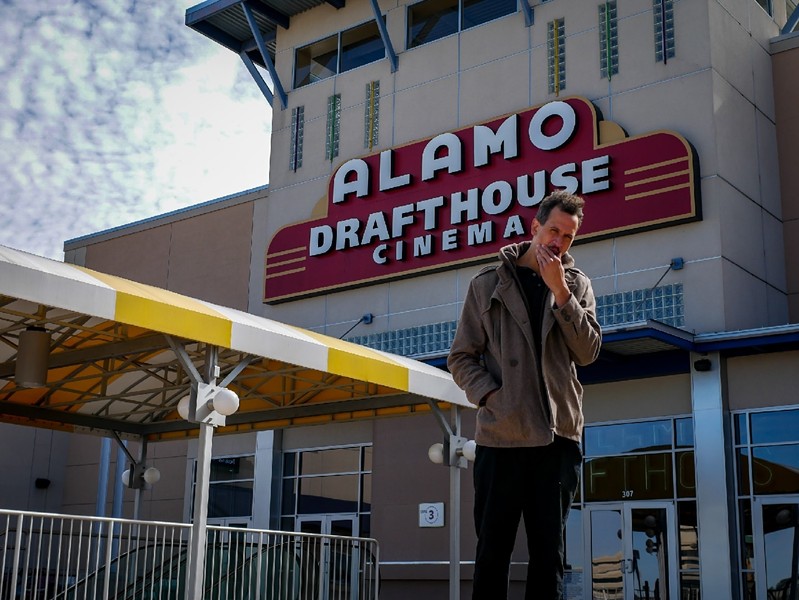 The Alamo Drafthouse is, and has been, a staple in the city's movie culture. Premiering not only what's hot and new in Hollywood, but also catering to the more classic, indie and cult film audiences as well.

"I was out in Cali wrapping up my latest music video," said Boone. "I thought to myself, 'How should I release it, and where?' The answer hit me, I'll release it when I get back home in San Antonio. Not in a regular bar or venue though, something big, something – major."

Boone contacted a few friends and was able to gain an audience with management at Alamo Drafthouse.

"The screening won't only be about my video, it should showcase and highlight multiple artists in the city that have been making great waves," Boone said. There will be videos from artists such as Amaze, Droid, Spook, Spy MC and more.

The event will give local music artists the opportunity to premiere their most recent videos and visuals in one of the 90-person theater rooms. Boone will be co-hosting the event with his organization Something Major, which was inspired by the upcoming event.

"The idea for the organization, came from the idea of displaying our videos at the theater. Our goal is to increase the awareness of San Antonio music, as well and cultivate a culture of togetherness amongst local artists," Boone said. "I believe we're on the brink of something colossal, and the world will soon recognize us as a music hub. I often wonder, what does San Antonio sound like? We'd like to answer that question, with music that's for the culture, and ultimately by the culture."
The free event will take place February 28 at the Alamo Drafthouse located in the Park North Shopping Center. Doors open at 7 p.m. for a meet and greet, and the videos begin at 9 p.m. Seating will be limited, RSVP by following Culture Productions on Instagram and sending them a message. Alamo Drafthouse will have normal food and drink service during the event.