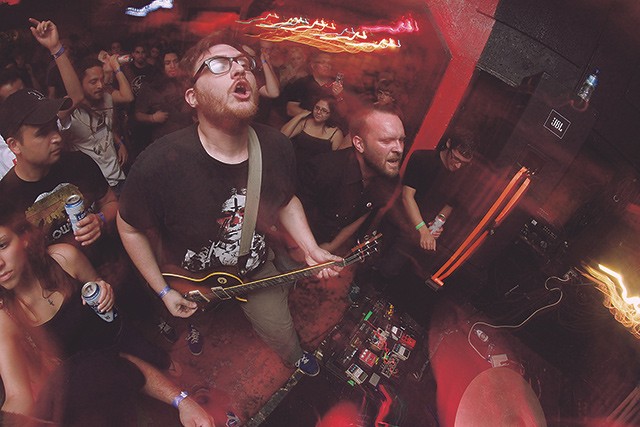 For rock bands, touring can be a way to reach a wider audience, hone your craft on the road and make a little cash in a time when downloads are killing music sales.

But touring — especially overseas — can financially crater a band if things don't go as planned.

Which makes it all the more remarkable that San Antonio's the Grasshopper Lies Heavy, a group with a steady record of DIY U.S. road work, is embarking on a tour of Japan this spring.

The jaunt will take the art-metal outfit to eight spots in nine days, marking its first time outside of the United States. It booked the shows through Deadfoxx, a Japan-based touring venture run by an American expat who happened to be familiar with Grasshopper's work.

Grasshopper guitarist and bandleader James Woodard said having someone on the ground in Japan was essential. Otherwise, they'd be rolling the dice that they were dealing with legitimate venues, finding likeminded support acts and could figure out how to get around.

"It's been good to have someone that knows the country," Woodard said. "In Tokyo, a lot of people speak English, especially in the venues, but the further you go south, the more likely you are just to run into Japanese-speakers."

Also of help is that Japanese venues most often have backlines of amps and drum sets. That means the band can travel via train with just their guitars and a few pedals to lug around.

But even with those factors in its favor, Woodard isn't exactly expecting to come back with a suitcase full of cash. Grasshopper doesn't have distribution in Japan yet, and first visits involve building an audience from zero.

Still, he points out, the band has to start somewhere.

"We lost our ass on our first couple of times we toured the U.S.," he said. "I'm not counting on having money in our pockets when we come back, but I've never thought playing this music would make me money."